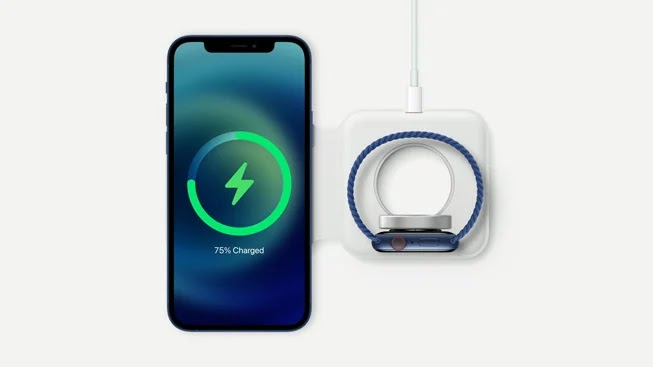 According to what emerges on the net, it seems that the iPhone 12 could support – in the future – reverse wireless charging for the brand’s new accessories. In fact, last year it was reported that Apple would introduce ” reverse wireless charging ” on the iPhone 11 line-up, but the feature was removed shortly before the final version. Now, however, it seems that the company has managed to add such support for the 2020 range, only – to date – compatible accessories are missing.

Jeremy Horwitz in a post published on Twitter states that analyzing the FCC statement, it is noted that the 2020 iPhone series supports bilateral wireless charging. Apple’s new smartphones work with normal Qi chargers and also with the new 360 kHz charging function, capable of recharging external accessories.

Anew MagSafe feature was hidden in Apple FCC filings: “In addition to being able to be charged by a desktop WPT charger (puck), 2020 iPhone models also support WPT charging function at 360 kHz to charge accessories [including] an external potential apple accessory in future. “

However, we specify that so far, Apple has not announced anything concrete about it. It appears that the feature has apparently been disabled. From the reports that emerged on the net, however, the company could activate it with an OTA update as soon as it announces the new AirPods 3 and the AirPods Pro 2.

From this discovery, we know that Apple is continuing its work on proprietary charging technology by integrating special features into its MagSafe protocol. Ergo, the ability to see the feature in operation is only the prerogative of the company. We really hope that from Cupertino they want to enable it, sooner or later.

Recently, it was reported that the tech giant is working on two new models of TWS headphones: the entry-level third-generation AirPods and the second iteration of the “Pro” variant with in-ear silicone rubber. Along with this, there is great anticipation for the AirPods Studio, Apple’s first over-ear headphones model with an H1 chip, active sound cancellation, driver recognition, and many other exclusive features.

Their debut was scheduled for October’s keynote, but something seems to have gone wrong. We do not know when the company will present them: there are those who say that they will arrive during the spring of 2021, those who instead hypothesize a launch in November, together with the presentation of the first MacBooks with Apple Silicon SoCs. We’ll see.