Samsung presents the One UI 3.0 for the 2020 flagship trio, the Galaxy S20; the update, according to the company, is close to arrival.

Samsung is about to launch the One UI in version 3.0 based on Android 11 for the Galaxy S20 smartphone line. We first heard about this update in July and soon after, the South Korean giant opened the pre-beta testing phase for the software. Well, it looks like the public beta of the firmware will start very soon.

Samsung: One UI 3.0 is around the corner

One of the Community Managers has just revealed that One UI 3.0 will arrive on the Samsung Members app in the coming weeks. According to the leaked post online announcing the distribution, we see that the skin will first arrive on the trio of Galaxy S20 flagships.

Of course, the beta phase will first begin in Samsung’s homeland of South Korea. Later, it will reach other regions such as Germany, India, and the US. Interested device users can also request the beta test via the Members app.

It is worth noting that – to date – there is no concrete timeline for the start of the public beta-test.  Once that happens, however, users will receive a notification via the app set up for the purpose. We will keep you updated with the latest news as they become available.

After the trio of premium smartphones of 2020, the test will be available for the Galaxy Note20 series and soon after, other devices will follow suit; we expect more concrete timing from the brand in the days to come. 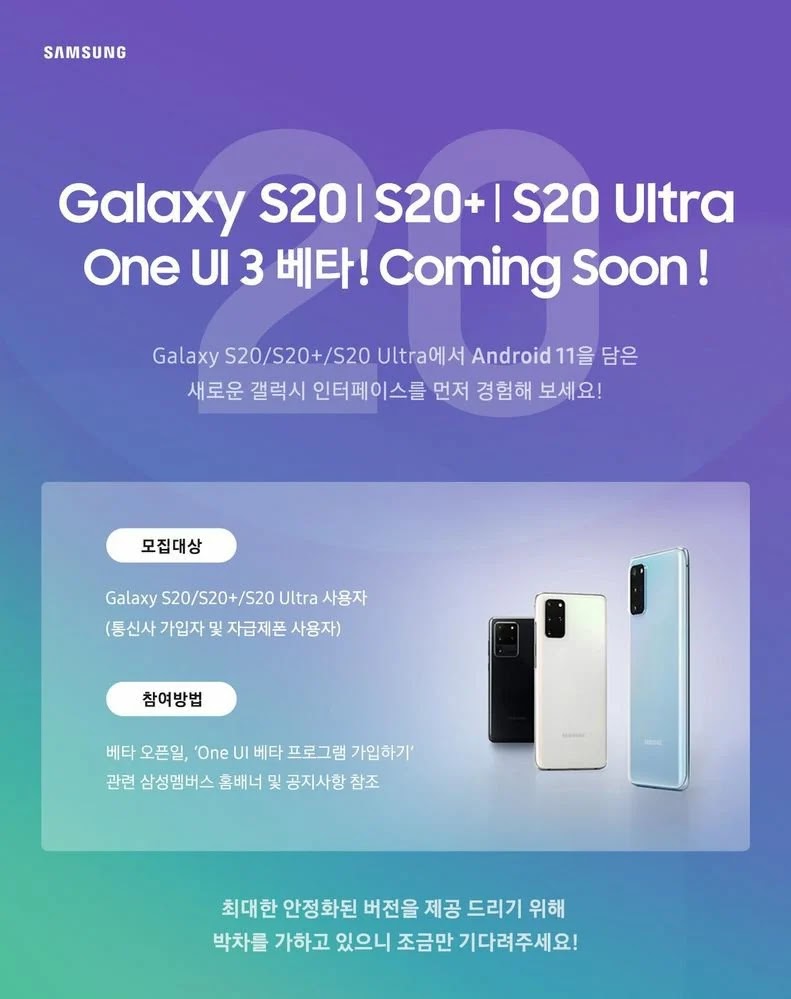 If you’re wondering what the brand new One UI 3.0 software will bring to the update table, here’s what you’ll get: