According to what has been leaked on the net in these hours, it seems that Samsung is developing its own ToF sensor called ISOCELL Vizion. 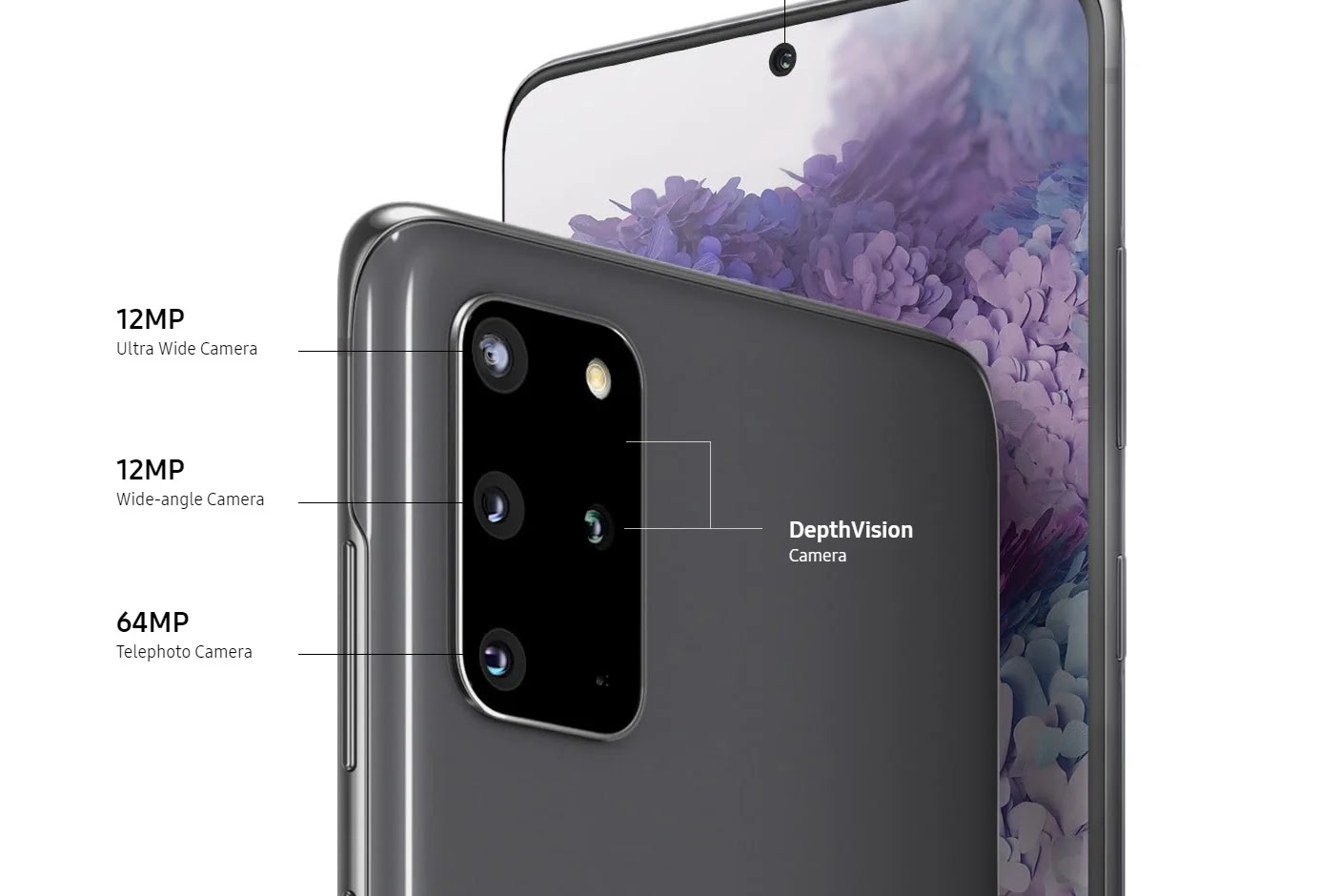 The new ToF sensor ” ISOCELL Vizion ” by Samsung Trademarks could debut on the new Galaxy S21 (or S30).

Recall that just over a month ago, Samsung announced the Galaxy Note20 range, however, the rumors about the S21 / S30 series are already beginning to circulate with greater insistence. Now, in this regard, the South Korean company seems to have registered a trademark for its ISOCELL Vizion 3D ToF sensor at the EUUPIO (European Union Intellectual Property Office) and this could debut on the next S 2021 series.

The brand was first identified by LetsGoDigital, a well-known newspaper that deals with patents and trademarks. Filed on September 18, Samsung named the brand “ISOCELL Vizion” and organized it as Class 9.

This categorization is unique to ToF (Time of Flight) optical sensors for smartphones and tablets. In addition, this class also includes dynamic vision sensors (DVS) for detecting the shape, proximity, movement, color, and behavior of objects. 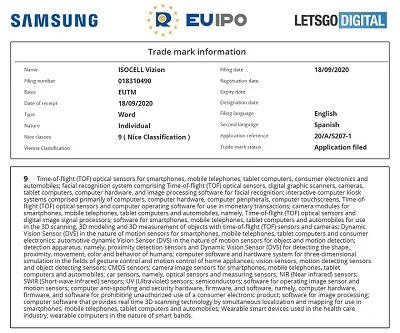 The first reports that emerged on the Galaxy S21 suggested that the company was planning to abandon the ToF on the next premium line-up 2021. Only recently, in fact, has it been speculated the possibility of including a second telephoto lens instead of the scanner for a depth of field. However, the newly registered trademark leaves us many doubts about it.

Recall that a ToF can serve many purposes: from measuring distance and volume to internal object scanning, from object and gesture recognition to 3D images useful for the AR and VR experience. At the moment, however, the solutions on the market seem to be unable to stand up to Apple’s LiDAR.

So far, in fact, Samsung has used an indirect ToF that needs the help of bright light, but it does not seem to be accurate even over long distances. Originally, Depth Vision had a range of only 3 meters; Apple’s product, on the other hand, has a direct ToF with a range of 6 meters.

According to recent rumors, Samsung may have found a way to improve the efficiency of its optics by developing a proprietary System LSI. Could it be true? We just have to wait to find out more.