Skip to content
Realme is about to launch the new C15 in India, a very interesting budget phone with MediaTek Helio G35, 4 GB of RAM, and 128 GB of storage. 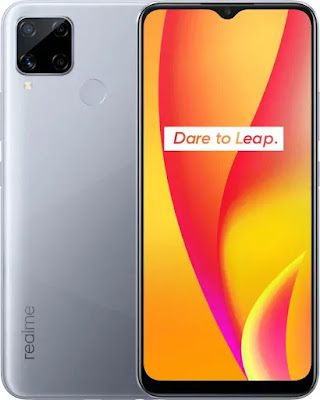 After Realme C11, a new entry-level smartphone could be launched in India as soon as it is listed on the official website; Realme C15, this is its official name, could debut later this month.

According to what emerges from the Realme India portal, the new C15 could soon reach the Indian market. With us it is still not clear how, if and when this device will arrive, considering that in Europe (and Italy above all) the majority of the base-ranges present in China and India are not distributed. Also, we could attend a global debut but the aforementioned device could undergo a change to the naming.

Having said that, Realme C15 has introduced in Indonesia a few days ago and was classified as the heir of the previous Realme C11. Among the main technical specifications of the device, we find a 6000 mAh battery, a camera with four lenses, a physical fingerprint mounted on the back cover, and support for the 18W fast charge.

From Realme’s list, we don’t know when C15 will be launched in India, but we can only assume that it will happen by the end of the month. In this 2020, India has been a fertile ground for the OPPO sub-brand, as so far, we have already seen the presentation (and commercialization) of many Realme devices: Narzo 10, X3, Realme 6 and C11.

Realme C15 looks like an improved and updated iteration of the C11, although both are powered by the same MediaTek Helio G35 chipset. The new model, however, has a 6.5-inch HD + LCD panel and a 4 GB RAM. In addition, Realme will probably present different variants of the product, different in terms of the amount of RAM and available storage. Under the body, needless to say, Android 10 and Realme UI.

On the front of the cameras, we mention a 13 Mpx main camera, an ultra-wide-angle of 8 Mpx, a sensor w / b, and a “retro” sensor. Anterior instead there is an 8 Mpx.