Skip to content
According to the company, Sony will allow the use of PS4 DualShock 4 to play only retro-games on PlayStation 5. 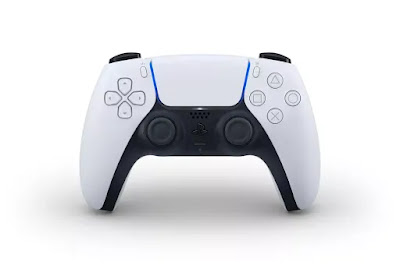 The new PlayStation 5 console will support the PS4 DualShock 4 controller only for “retro-games”; in fact, it cannot be used to interact with titles designed exclusively for the new iteration of the Sony product. In short, whoever has a controller does not sell it: it will still be useful.

PlayStation 5: a philosophy opposite to that of Xbox

According to what can be read in a Sony press release about it:

We believe that PS5 games should take advantage of the new features and functionality that we are introducing on the platform, including the DualSense wireless controller functionality.

The Japanese giant claims that the original DualShock 4 controllers and officially authorized third-party controllers ” will only work with supported PS4 games “, leaving PS5 exclusives, such as Gran Turismo 7 or the new Ratchet & Clank, out. Sony does not list which titles will be supported but confirms that both the steering wheels, the “Move” and the third-party peripherals will only work with the software that Sony will declare within the next event. As specified, the PS Move and PS VR will work with PS5 VR titles (at least …).

We note well how the philosophy of the Japanese company differs incredibly from that of Microsoft in the prerogative of cross-playability; Sony will encourage users to purchase additional products to work on the new console, in the same way, that PS3 peripherals didn’t work on PS4.

The Redmond giant instead, has committed to supporting the Xbox One controller on the upcoming Xbox Series X; in fact, the new joystick is almost similar to the previous model, except for a few small changes. This will allow users more freedom for future games. On the contrary, PlayStation 5 will have an innovative controller in design but above all in functions and features, thanks to adaptive triggers, a new tactile feedback system, and integrated microphone.

We hope to learn more with the next Sony event which, according to what has been published in these hours, will be held (digitally) on August 6th.