Skip to content
Thanks to the leaker OnLeaks, the portal of PriceBaba has managed to obtain exclusively the first 3D renderings of the new smartphone Huawei Mate 40 Pro. 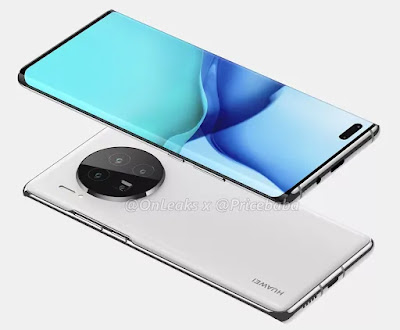 From the portal of PriceBaba, we can exclusively notice the first “official” (or presumed such) images of the new Huawei Mate 40. The 3D renderings show a waterfall display, double selfie cam inside the front panel, and a circular photo module (once again protagonist on the rear panel) with four lenses.

Usually, Huawei launches its flagship smartphones belonging to the Mate range in September / October of each year; this year, COVID delays aside, we should have the same roadmap as other years. The Mate 40 series will consist of two different models: Mate 40 and Mate 40 Pro, with the latest technical specifications. 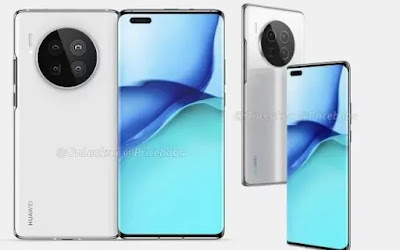 Recently we have been able to observe from the leaked screen films that it will have (at least its “Pro” iteration) a waterfall panel similar to that seen with the Mate 30 series. Now we can also confirm from the 5K images and the 360 ​​video degrees shared by the priceBaba portal, that the rumors that have emerged so far have proven to be true. To provide these previews is the well-known leaker OnLeaks.

Huawei Mate 40 Pro has a much more “futuristic” and P40-like design than it might seem; the device looks like a perfect hybrid between the top of the range 20 series and last year’s Mate range. The screen, according to OnLeaks, should be a 6.7-inch unit; the fingerprint scanner would appear in-display, suggesting AMOLED technology for the panel, as for the predecessor.

Huawei must have eliminated the (bad) solution of the touch keys for balancing the volume, again opting for the physical buttons, located on the right profile. The left frame would look smooth. 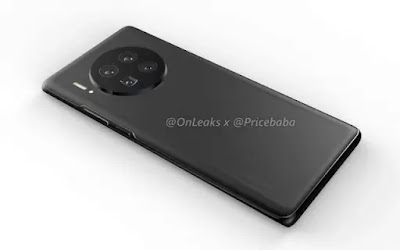 On the lower side, however, there would be a USB Type-C port, a grill for the speakers, and the compartment for the dual SIM. In all likelihood, there will also be an IR blaster. At the rear, the Mate 40 Pro sports a circular configuration with a protruding quad camera. The LED flash and the 3D depth module will be placed outside the “circle”. The dimensions, according to what the tipster says, should be 162.8 x 75.5 x 9 mm, with a thickness of 10.4 mm.

Under the shell, however, we know very little; it is likely that the device is powered by the new generation Kirin 1020 produced by TSMC (perhaps the latest chipset made by the Taiwanese giant for Huawei …). It seems obvious to say it, but both Mate 40 and Mate 40 Pro will arrive without Google services. In early September, however, Huawei will announce the group’s software innovations and large space will certainly be reserved for the Appgallery and the great steps forward that are being made in this direction.