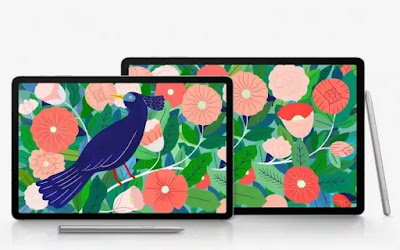 It is now well-known that Samsung will launch two tablets during the Samsung Unpacked event on August 5, namely the Galaxy Tab S7 and the Galaxy Tab S7 +. The specifications of these two devices have been leaked on several fronts and now the lists appeared on Google Play Console are added, which confirm the key characteristics.

According to what emerged from the big G platform, Samsung’s new flagship tablets will be equipped with a display with an update rate of up to 120Hz, a Snapdragon 865 Plus processor, and a 45W fast charge. The lists previewed on Google Play Console also reveal that the Galaxy Tab S7 will be available in 4G and Wi-Fi models, while the more expensive Tab S7 Plus model will arrive in three variants, namely Wi-Fi, 4G, and 5G. 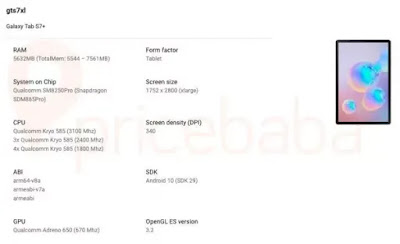 If both devices will boot with Android 10, we will find differences for the memory, since the Galaxy Tab S7 should be equipped with a maximum of 6 GB of RAM, while the Tab S7 Plus will have a RAM of up to 8 GB. Both models will be equipped with a QHD + panel, while the display resolutions that emerged on the Play Console are in line with the previous rumors: 2,560 x 1,600 pixels for the S7 Tab, 2,800 x 1,752 px for the S7 + Tab.

Previously, it emerged that both Galaxy Tab S7 and Tab S7 Plus will enjoy two cams, one main 13 MP and one ultra-wide 5 MP, while at the front they will present an 8 MP selfie camera.

As for prices, rumors emerged just yesterday: we start from the Galaxy Tab S7 model with 128 GB of internal memory (Wi-Fi) which should cost 681 euros, up to the most expensive of the series, the Tab S7 + 5G available at  1,149 euros.