Skip to content
5 August 20 will be officially introduced with Galaxy Note Samsung Galaxy Note Ultra 20,  for the first time in front of us with a real press image taking. 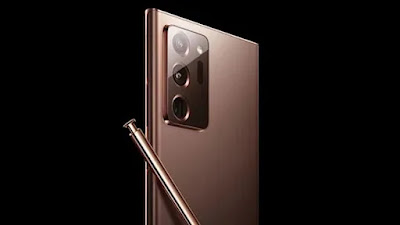 The Samsung Galaxy Note 20 Ultra and Galaxy Note 20 duo continue to be on the agenda. However, as we always say, the real star of the new series will be the Galaxy Note 20 Ultra. This high-end model has managed to make a sound with the first press image, as we said above. This press visual shows the model’s remarkable color option and large rear camera module.

As you can see here, the triple camera system and the laser autofocus system come together. Also, the flash is not on the top of this module as it is no surprise. The smartphone, which appeared in the press image with the integrated S Pen, as we said in the leak in the morning hours adopts angular structure like the Galaxy Note 10 series. The Galaxy Note 20 has a slightly more rounded design.