Skip to content
The S Pen of the awaited Samsung Galaxy Note 20 could have the function of “laser pointer”: here are the latest rumors about it. 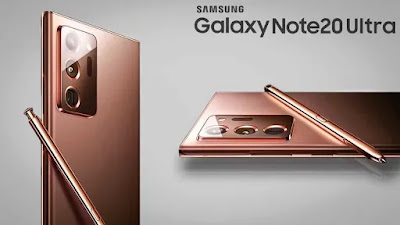 The JimmyIsPromo YouTuber has just revealed a new feature for the S Pen, a precious accessory of the next Samsung Galaxy Note 20.

Since the Galaxy Note 9, Samsung has transformed the S Pen into a magic wand by adding commands on commands. However, the South Korean giant has no intention of stopping, given that during the Galaxy Unpacked event to be held on August 5 it should announce the Galaxy Note 20 with an, even more, performing S Pen.

According to a rumor coming from JimmyIsPromo, the Galaxy Note 20 will, in fact, be equipped with an S Pen that will function as a real laser pointer, probably behaving like a mouse.

S Pen can now act as a Pointer. Select your color and select icons on the screen, navigate around. Also can highlight an area. #Note20 #GalaxyNote20Ultra

Basically, we understand that with the Galaxy Note 20 range, the new S Pen should allow users to navigate the interface by holding down the stylus button, just like a computer mouse works. In addition, the lucky owner of the new flagship from Samsung will also be able to customize the speed of the pointer, choose the display of the presentations in PowerPoint, but also change the color and size of the pointer.


To see the prodigious S Pen at work – and understand if Samsung has worked well on the implementation with the smartphone – we will have to wait for August 5, the day when the Asian giant will present its new Galaxy Note 20 series. The next Top of the range from Samsung, remember, should cost a lot: € 1240 may be needed to get your hands on the precious South Korean product.

In addition, according to rumors, the base model will be equipped with  12 GB of RAM and 128 GB of internal storage, while the Ultra version would enjoy 16 GB of RAM and 256 GB for storage. As for the processor that will keep under the hood, there are two alternatives: Qualcomm Snapdragon 865, 865+, and Exynos 992.