Skip to content
The designers of Letsgodigital have just made an “all black” variant of the PlayStation 5 which we are sure will make your mouth water. 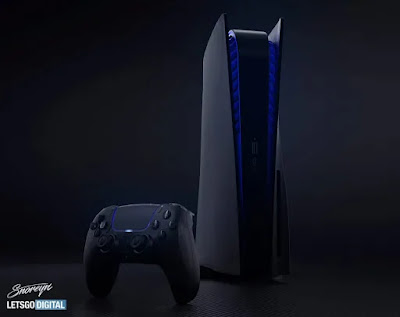 Would you like to see the PlayStation 5 in the “all black” color? Yes? Well, here you are satisfied. The creators of LetsGoDigital have just made a 3D render of the new Sony console with a matte black finish (similar to PS4) which makes the product incredibly fascinating. We leave you to watch the video teaser which, we are sure, will make your mouth water. But, please, stay composed: Sony has not yet announced anything and this is only the result of an experiment by very experienced fans. In a nutshell: yes, dream, but with your feet on the ground!

That the double coloration (white/black) has not met everyone’s taste is well known; in fact, for the first time in the history of PlayStation, the Japanese giant launches a console with a color different from the “total black” one we have been used to with PS2, PS3, and PS4. The only exception we had was with the first model which, if you remember, was gray.

Recall that Sony will launch the new PS5 in time for the Christmas holidays. The console boasts numerous hardware goodies, among which we mention an ultra-fast SSD that will allow developers to significantly reduce loading times, a unique interface (which we still do not know yet), and backward compatibility with PS4 games.

During the mid-June event, we met – in addition to its design – also the original PlayStation accessories and some of the new titles coming up such as Horizon Forbidden West, Gran Turismo 7, Ratchet & Clank – A rift apart, Spider-Man Miles Morales and many others. In addition, Sony has announced that two variants of the console will be distributed: one standard and one without a Blu-Ray player, called “Digital Edition”.

On the ” pricing ” issue, however, everything is silent. Waiting to know the official prices that will give the definitive start to the “console-war” of the new decade, we invite you to review the video presentation of the console by Sony during the online event ” The future is gaming “.