Skip to content
OnePlus Nord would appear on Amazon India, but it would have been a grim attempt by the competition to boycott.

Very little is missing at the official launch of OnePlus Nord, but it seems that something very unpleasant has happened on Amazon India: someone would have already put the device on sale, but it would be a fake, as confirmed by the company’s CEO, Carla Pei.

OnePlus Nord: the one on Amazon is a fake

The screenshot has been leaked for a few hours, but it has gone around the Web in a very short time: the image shows OnePlus Nord on sale on Amazon India at RS 19,999. After fans and leakers were in full turmoil, Pei decided to take action on Twitter, declaring that screenshot categorically false. Blame? It would-be competitors. Here are his words:

We support fair competition. We try to make the best possible products and let the market decide which – actually – is the best.

To our competitors in India, who thought it was a good idea to attack with a bot, we can only say: freeze (we would say “tremble” to make the idea, ed). “

We’re all for fair competition. Make the best product and have the market decide who’s the best.

To our competitor in India who thought it would be a good idea to attack us with a bot army, we only have this to say: chill. pic.twitter.com/Cl58LzVA6Y

The tweet is topped off with a meme that just needs no explanation. In short, it would have been an attempt to boycott the launch of the device with a low-level operation. However, it seems that whatever the purpose was, it was not achieved. 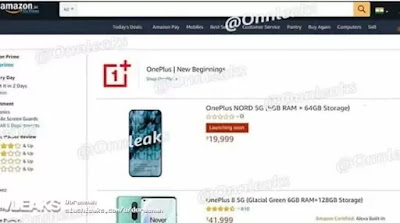