Skip to content
After the arrival of the Motorola One Fusion Plus, the company announced, surprisingly, the arrival on the market of its younger brother, the One Fusion. 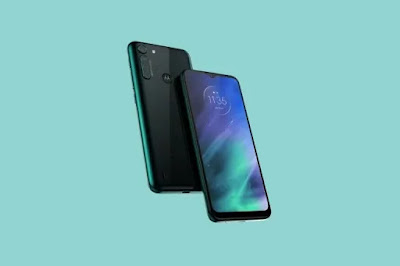 Motorola announced a few weeks ago, a little surprising and without an official event, the One Fusion + with the marketing that started from India and then extended to other countries starting from the second mid-June. But the sudden innovations are not finished at all, in fact, the company has made official the arrival, today, of the standard One Fusion, kept hidden until now and not revealed by any anticipation.

Motorola One Fusion focuses on the camera

As easily imaginable, this is a less performing smartphone than the Plus variant but the company controlled by Lenovo has decided to insert interesting specifications, with an eye to the integration of the cameras, in particular on the solutions positioned in the rear. We find, in fact, four sensors with the main one from 48 MP, equipped with Quad Pixel technology, thus differentiating from the one mounted on the larger version that reaches 64MP. The others, on the other hand, reflect what has already been seen on a more performing model and include a second 8 MP ultra-wide-angle camera, capable of achieving a 118-degree field of view, a 5 MP sensor (macro) and a 2 MP sensor (depth).

On the performance side, the device can rely on a Qualcomm Snapdragon 710 processor, supported by 4 GB of RAM and 64 GB of internal memory. Another strong point will certainly be autonomy thanks to the inclusion of a 5,000 mAh battery, which thanks to the presence of Android 10 practically stock, will be able to guarantee several hours of continuous use. The display features a 6.5-inch panel with the now-classic drop-shaped notch placed centrally, in which an 8 MP front camera has been inserted, with a resolution of 720p. Finally, there are excellent and very useful Moto Actions.

Motorola One Fusion is available for purchase today, in various Latin American countries in the emerald green and deep sapphire blue colors. We do not yet know when and if the smartphone will be officially put on sale in our country but, almost certainly, more information will be disclosed over the next few days.