Skip to content
From several online sources, it seems that LG is working on creating the first smartphone with a rollable display, arriving in 2021. 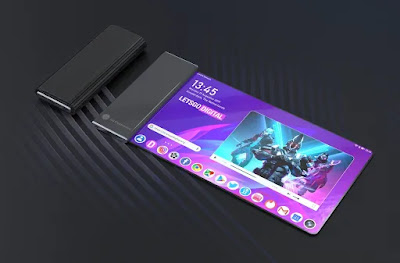 LG’s first “rollable” smartphone with the code name ” Project B ” will be launched early next year. In fact, in 2019 we witnessed the first folding devices on the market; Huawei, Samsung, and Motorola have presented the first very interesting products and many other companies seem to be working on as many innovations.

Now it seems that even LG wants to enter the world of innovative devices with folding displays and would like to do so with a product with a “rollable” design (rollable). To date, the prototype is called “Project B” and the first patent about it emerged last year. According to a report, the South Korean giant would have already started working on a similar specimen, which would be ready for marketing for the next year. According to the rumors, the device will have a panel that spreads laterally using the flexible organic light-emitting diode to achieve this goal.

To make it a reality, LG Electronics would be working with the famous display manufacturer BOE about the creation of the OLED flex. Certainly, the greatest difficulty for companies lies not in the success of the panel, but in the design and the other components that must support the new display technology of the unit.

In addition to this smartphone, the South Korean company would be working on a series of premium smartphones; in the second half of the year LG could announce the new “Horizontal” (code name “, while next year” Rainbow “(also a provisional name). On the other hand, we don’t know anything about the technical specifications.

Recently the company presented Velvet, a product with a renewed design (compared to the past), 6.9-inch OLED display in 20.5: 9 format and 2460 x 1080 pixel resolution; under the body, we find a Snapdragon 765G with integrated 5G modem, 8 GB of RAM and 128 GB of storage with UFS 2.1 memories. On the back, there is a triple camera with a 48 Mpx main camera. It is rumored that the company will also distribute a slightly cheaper 4G variant of the smartphone on world markets.