Skip to content
Lenovo has just unveiled its first gaming smartphone with Snapdragon 865+ and side pop-up selfie cam, the Legion Phone Duel. 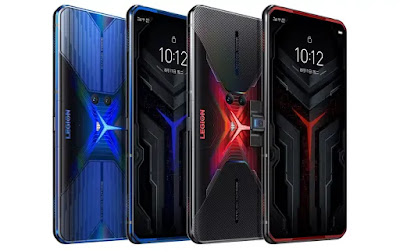 Lenovo has just presented its first gaming phone belonging to the Legion division; the official name of this device is Lenovo Legion Phone Duel and includes technical specifications worthy of a premium smartphone. Not only top performance thanks to the new Snapdragon 865+ and data network via 5G modem, but also a camera design and layout that rotates almost entirely on the gaming experience offered by the manufacturer.

You have probably seen gaming smartphones in the past before, but Lenovo Legion Phone Duel looks like a ” mobile game console ” capable of receiving phone calls. This is a device designed for landscape mode and the hardware has been optimized accordingly. 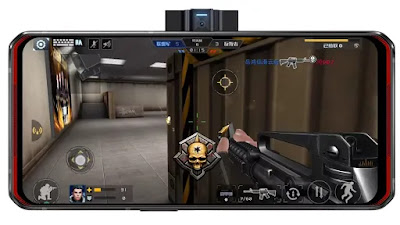 Let’s talk about the motorized selfie cam module; Lenovo has positioned the 20 Megapixel front camera in a mechanism that is operated by means of a pop-up motor on the side. The reason why the camera was inserted with this layout is essentially due to the possibility of streaming your face on Twitch during online gaming, thanks also to an optimized software for this purpose. It is, in fact, possible to superimpose your face during the recording of the screen, taking advantage – among other things – of features such as background removal and touch-ups guided by AI. 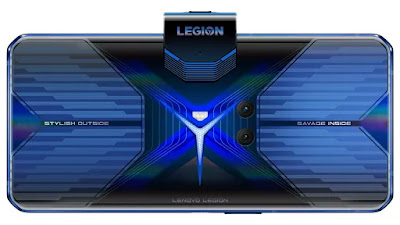 The display is, in fact, free of notches or holes of any kind; we are talking about a wonderful 6.6-inch AMOLED panel in 1080p FullHD resolution with a 144 Hz refresh rate.

The main camera is 64 Megapixel and is combined with an ultra-wide-angle positioned in the center of the back cover. The Chinese company has also inserted two USB Type-C ports on different sides of the device, so as to allow fast-charge on one side and the installation of peripherals via the second USB port. The battery with a capacity of 5000 mAh recharges in just 30 minutes thanks to the super fast-charge of 90 W. 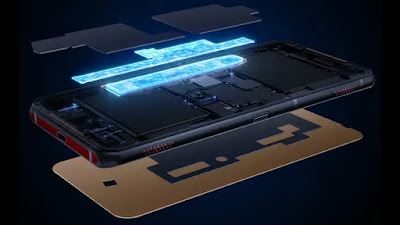 We now come to the main features designed for the mobile game; ultrasound buttons, dual vibration motors, programmable RGB lighting, and advanced gyroscope features such as a virtual joystick.

Obviously ” not all that glitters is a hardware “; the entire operating system, based on Android 10 but customized by Lenovo Legion, is based on software optimized for gaming. Once you are done playing, you can preview all the highlights by joining them together. You can also use the ultrasonic trigger to revisit a moment and record it for posterity.

Thanks to Legion Realm you can optimize performance, download apps, and choose a network with low latency. Legion Assistant, meanwhile, enables the virtual joystick and optimizes hardware performance, changes the wireless network, finds the best flakes, and many more. The phone will also turn audio signals into vibration signals to help players get directional feedback. 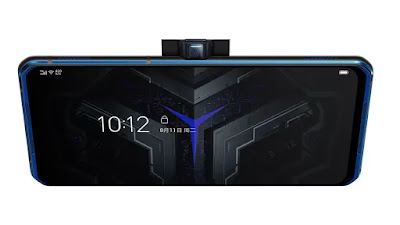 Legion Duel comes with 12 or 16 GB of RAM and 256 or 512 GB for internal storage using UFS 3.1 memories. The sound should also be very powerful, thanks to the Dirac Audio tuned stereo speakers and a four-microphone system that eliminates the removes background during gameplay broadcast. The two nano-SIM slots both support 5G and 4G LTE, so there is no need to sacrifice speed when changing providers.

Curiously, the performance of the video camera does not seem to be so high; in fact, the recording of the clips is limited to 4K at 30 fps, although on the market there are already smartphones capable of obtaining clips from 8K or in 4K at 60 fps.

The Lenovo Legion Phone Duel will be launched in China later this month under the name of Legion Phone Pro and should also arrive in some areas of Asia Pacific, Africa, the Middle East, and Latin America. Unfortunately, North America appears to have been left out.

Prices vary from country to country, although Lenovo makes clear that there will be a division between the versions with 12 and 16 GB of RAM. Will the Chinese giant’s gaming phone compete with rival Asus ROG Phone III?