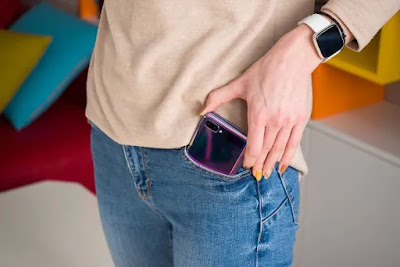 The well-known tipster EvLeaks (Evan Blass) on Twitter shares what appears to be the first official teaser of the new Galaxy Z Flip 5G in the new sparkling colors, among which the Mystic Bronze, the tint of the year for the South Korean giant, seems to stand out.

Less than a month is left to the Samsung Unpacked event of 5 August 2020 in which we will get to know several new smartphones and Asian OEM products; among these we mention the new Galaxy Note 20 range, the new Buds Live headphones, the Galaxy Watch 3 smartwatch, and many others.

There will be two leaflets coming soon: Galaxy Z Flip 5G and Galaxy Z Fold 2; the second is the new iteration of the first Samsung fold that brings with it several novelties, among which stands out a large notch-free display with a hole for the selfie cam, a larger 6.23 “auxiliary screen on the external side, processor updated and much more.

The Galaxy Z Flip 5G, in addition to adding the modem for the ultra-connectivity of the home Qualcomm, will enjoy the Snapdragon 865 processor instead of the previous 855+, while maintaining the 8 GB of RAM and 256 GB for internal storage. Even the aesthetics will remain unchanged, as will the 6.7 ”screen with UTG technology.

Considering the exclusivity of the product it is legitimate to assume that the latter is announced at a price higher than that with 4G LTE connectivity. Meanwhile, analyst Ross Young reports that the first model was able to drive sales in the foldable sector, ahead of Motorola’s first Fold and Razr.

The fact that we are assisting all the heirs of the first folding smartphones on the market means that the revolution is underway and everything points towards the new direction taken by the few current players (many others are coming, see Xiaomi, OPPO and so on).