Skip to content
According to the rumors just leaked, it seems that Samsung will launch a new Mystic White variant for its future flagship, the Galaxy Note 20 Ultra. 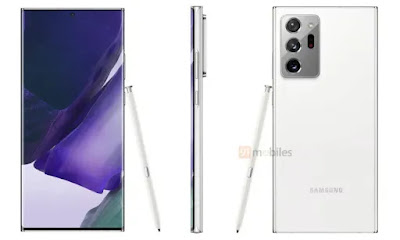 A render of the new Samsung Galaxy Note 20 Ultra in Mystic White coloring appears on the net; so far we have only seen it in two different colors (Mystic Bronze and Mystic Black), but from some rumors leaked on the net, it seems that there will also be an unpublished white version.

The Galaxy Note 20 Ultra range will be launched on August 5 during Samsung’s Unpacked event. We have not yet had any official news about it, but surely, after the numerous rumors that have emerged in recent months, it is legitimate to wait for the new 2020 iteration of the flagship series for the South Korean OEM business. 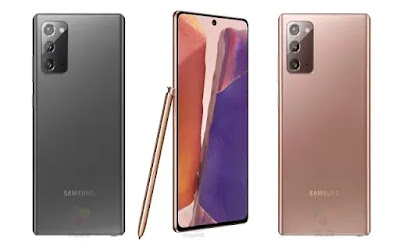 According to information that has emerged in these hours, the Galaxy Note 20 Ultra will be powered by an Exynos 990 processor in Europe (the same as the Galaxy S20 range), will run Android 10 customized with One UI (2.5 or 2.1?) And will have 12 GB of memory RAM and 256 or 215 GB of memory available to the user.

Aesthetically the design will appear very similar to the previous model, with Punch-hole display and selfie cam in the center of the panel. The edges of the Ultra variant will be curved, unlike those of the vanilla version which will be flat. The resolution will be WQHD + with a 120 Hz refresh rate, while the technology adopted for the 6.9-inch display will be AMOLED. Galaxy Note 20 Ultra (and vanilla) will be bundled with the S Pen having a latency of 9 ms and the 4500 mAh battery will handle everything.

These days several interesting details have emerged on the two upcoming variants; remember that in addition to the Note 20 series, the Galaxy Z Fold 2, the Galaxy Watch 3, the Galaxy Buds Live, and many other products will arrive. The giant of South Korean technology will probably also present the Galaxy Tab S7 and S7 +, as well as an unprecedented fitness tracker, the Galaxy Fit-e. Stay connected with us to find out more; appointment on August 5.