Skip to content
According to what has been leaked on the net in these hours, it seems that Samsung will present the new Galaxy A42 5G with a 5000 mAh battery in early 2021. 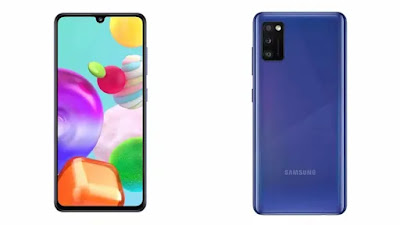 The new Samsung Galaxy A42 5G, medium-range with ultra-fast 5G connectivity, is arriving early next year; according to the noises that emerged in these hours, the device will enjoy a battery with a capacity of 5000 mAh.

A few weeks ago Samsung has released its Galaxy A41 on the market, but there is already a rumor about a future heir with a modem for the new generation connection. The final details in this regard derive from the Dutch portal GalaxyClub, which states that Galaxy A42 5G will be equipped with a 5000 mAh battery; the device will have the model number SM-A426B and the battery is identified with the model number EB-BA426ABY, as revealed by the Indian certification body BIS (Bureau of Indian Standards).

The battery has a nominal capacity of 4860 mAh, according to what the Galaxy Club reports; this means that Galaxy A42 5G will be marketed with a capacity of 5000 mAh. Recall that the last A40 of 2019 had a 3100 mAh unit, while the A41 was equipped with a 3500 mAh module. This big jump should be contextual to the introduction of the 5G modem, more expensive in terms of energy.

Considering that 5G networks are not yet the standard in every part of the world, the phone will switch regularly and autonomously between the connections, with consequent energy consumption. That is why future products will increasingly be equipped with large batteries.

The thickness will also change; the Galaxy A42 could be equipped with a large SuperAMOLED panel and a weight that is certainly not limited and contained. We can also expect 6 GB for RAM and at least 128 GB for internal storage. The colors at the launch instead, could be gray, black, and white.

Last but not least, the most awaited novelty; the device could be sold at a lower price than its predecessors. This, like all the other rumors, obviously, must be taken with due caution as it lacks officiality from the manufacturer. We will keep you posted.