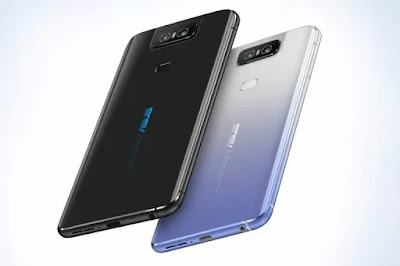 The alleged new terminals from Asus, namely Zenfone 7 and Zenfone 7 Pro would have been identified – before the official launch – on the EEC Certification website.

One of the most interesting devices of the past year was the Zenfone 6 (and its flip camera) and the good news is that Asus is going to present its successor, or rather the two successors. We are talking about the Zenfone 7 and Zenfone 7 Pro, mid-range smartphones that – according to rumors – will be equipped with two different processors: the “vanilla” variant will have an older generation chipset ( Qualcomm Snapdragon 865 ), while the Pro Edition could adopt the same SoC seen on the ROG Phone III, the Qualcomm Snapdragon 865+.

To make us anticipate the arrival of these two phones, an indiscretion arrives today which reveals their presumed presence on the EEC certification site, as you can see from the image below. Taking a look at the screen, we understand that the Asus Zenfone 7 (marked with the model number ASUS ZS670KS) and the Asus Zenfone 7 Pro (ASUS ZS671KS) has been entered on the database recently and that the EEC certification suggests that the official announcement is not that far. 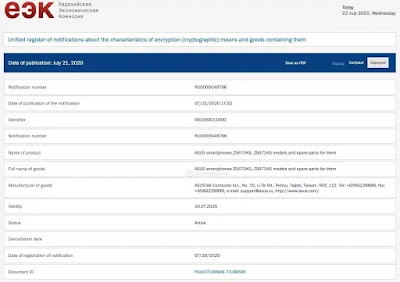 Although the certification does not explicitly mention anything of the technical specifications of the Zenfone 7 series, we already have some clues about some of them, as we mentioned a few lines above about the chip. Furthermore, it seems that the Zenfone 7 should be a real battery phone, given the 5,000mAh battery capacity (with support up to 30W for fast charging). From the rumors that have emerged so far, it seems that both devices will be equipped with a system with cameras with a rotating module, with the main objective that would boast a 64 MP resolution; on the other hand, an interesting 20 MP selfie camera should be located. If you are wondering, the answer is yes: both the Zenfone 7 and the Zenfone 7 Pro will be 5G phones.