Skip to content
Asus has announced the arrival of its new top of the range: the expected ROG Phone 3 – the gaming phone with Snapdragon 865+ – will arrive in July.

The ROG Phone 3 of Asus is the next great revelation that we expect this month. Rumors about the Taiwanese company’s upcoming flagship have begun to build up in the past two weeks, leading most to believe the announcement closer than ever. And it seems that this hypothesis is more than founded, as Asus has announced the arrival of its new top of the range for this month.

Going into the details, Asus has sent out invitations for the launch event of the ROG Phone 3, which will be held on July 22nd; the ” ROG 2020 Game Changer ” will take place in three places, namely Taiwan, Milan, and New York, will be online and streaming at 7:30 PM IST in India. 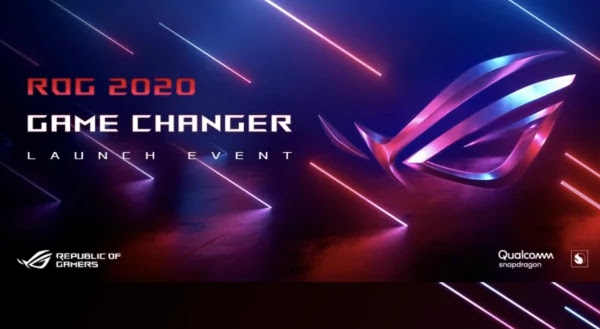 As for the specifications of the new flagship of Asus, we already have a bit of information about it, such as the fact that it will be powered by Qualcomm’s Snapdragon 865+ processor, coupled with 16 GB of RAM and 128 GB of memory (still no rumor on the SD card holder). Thanks to Qualcomm’s high-level chipset, the ROG Phone 3 will not only be a very powerful gaming phone but will also be able to offer 5G support.

The terminal should be equipped with a 6.59-inch AMOLED display with Full HD + resolution and an update rate of up to 144Hz, to meet the most inveterate gamers; it also appears that the display of the ROG Phone 3 could integrate a fingerprint sensor and a 13 MP front-facing camera.

On the back, we should find a triple camera module, of which the main 64 MP. Obviously, the pre-installed operating system will be Android 10 based on UI ROG, while as regards energy autonomy, the device should count on a 5,000 mAh battery with 30 W fast charging support.