Skip to content
From a recent DigiTimes report, leaked in these hours, it seems that Apple will present the new standard and Pro AirPods during 2021. 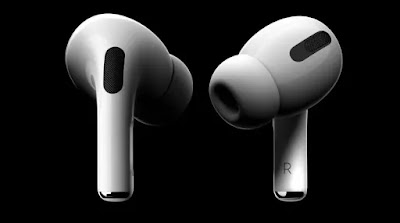 According to a recent report leaked by DigiTimes, Apple is planning to launch the new iteration of AirPods (classic) and AirPods Pro next year.

AirPods: what does DigiTimes say?

Until now several rumors had suggested that the new TWS headphones of the Colossus of Cupertino would arrive in the current year but it seems that there has been a delay (most likely) due to the current world health scenario.

DigiTimes’ report suggests that Apple’s supply chain is preparing to launch the third version of the AirPods by the first half of 2021; the second model of the AirPods Pro could see the light in the second half of the year. The document bears written:

Apple has predicted the launch of the third generation headsets of the AirPods series in the first half of 2021; followed by the launch of a new generation of AirPods Pro in the second half of next year, with connected assemblers preparing for production at their factories in Vietnam, according to industry sources.

This report appears after the statement provided by well-known Apple analyst Ming-Chi Kuo :

According to a new research note for TF International Securities and collected by MacRumors, the AirPods will present the same in-ear design that we are used to with AirPods Pro, but without the updated features such as active noise cancellation and the like. This will allow for a similar appearance to AirPods Pro but without the sturdy $ 249 asking price. “

It is likely that Apple will decide to adopt the format we have seen with the “Pro” variant, thus introducing the in-ear technology with silicone rubber pads, even on the standard model. Exclusive features such as noise cancellation, on the other hand, will be the prerogative of the only top of the range model.

From further leaked rumors, we know that future AirPods could be equipped with sensors for ambient light and a chip for monitoring heart rate or temperature.