Skip to content
According to a report from DigiTimes, it appears that the new Apple Watch Series 6 will enjoy monitoring oxygen in the blood. 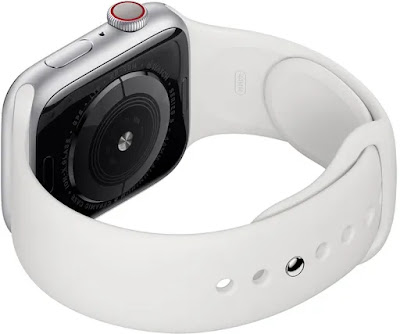 The new Apple Watch Series 6 will feature blood oxygen monitoring, as well as other innovative features; this is what emerges from a new report published by DigiTimes.

From what can be seen from the document:

Apple Watch‌ 6 will present biosensors capable of monitoring sleep conditions, detecting oxygen in the blood and measuring heart rate, heartbeats, and atrial fibrillation; Finally, it will also incorporate MEMS-based accelerometer and gyroscope, all allowing the new device to continue to conduct measurement accuracy between wearable devices.

Sources in Taiwan have said that the new generation of Apple Watch has undergone “regular development”, thanks also to the close collaboration between Apple and the Taiwanese company ASE Technology, which has obtained important back-end orders for the device. The leaked code found in iOS 14 previously suggested that Apple was working on a watch capable of detecting oxygen levels in the blood.

Based on the overdraft code, Apple will also provide notifications when those levels drop below a certain healthy threshold; a drop in oxygen in the blood can suggest a serious respiratory or heart problem. From the code, it is not clear whether the functionality will be limited to new devices or if it will also arrive on the current ones through the update to the watchOS 7 release. The report suggests that it will be exclusive of the Series 6.

When the first Watch was launched in 2015, iFixit discovered that the watch’s heart sensors had the ability to monitor blood oxygen levels, only that the company never activated that feature.

Other wearable smart manufacturers, on the other hand, including Fitbit from Google, have been offering similar features for some time in some products in the list; Apple is now trying to catch up on its competitors, but this could lead to the more advanced implementation of the feature.