Skip to content
All those who decide to buy a new iPhone may not find both the USB charger and the wired headphones in the package.

Apple does not want to commit missteps and before launching its new iPhones it has decided to better understand what the habits of its fans are. The Cupertino giant has thus decided to start sending a survey to the owners of an Apple smartphone, asking users for more details on the use they make of the USB charger supplied in the package.

So, the hypothesis, which we reported several days ago, on the possible exclusion of this accessory from the sales package of the next Apple smartphones would have been confirmed. That’s not all, because the EarPods could also be eliminated, thus making the box even more sparse.

The survey asks how the USB charger of the previous iPhone was used once the smartphone was replaced by a more recent model. Apple has, therefore, turned to all owners of an iPhone who have decided to switch to an updated version, equipped with the same accessories.

Apple would like to point out that the questionnaire refers exclusively to the USB power supply, which can be connected to the wall via an outlet and not to the relative Lightning cable, which still allows you to recharge the device, for example, via a USB Type-A port.


It is not the first time that Apple has decided to involve users directly to have direct knowledge of what they think about its products. In the past, for example, he sent another survey to evaluate the removal of the headphone jack on the MacBook Pro. 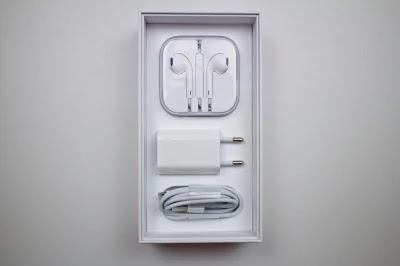 The start of this survey could be a sort of response from the company to the mumbling of the network, which emerged as soon as the first information on the possible choice appeared.