Skip to content
According to Apple CFO Luca Maestri, it seems that the iPhone 12 line-up is officially lagging behind the initial roadmap. 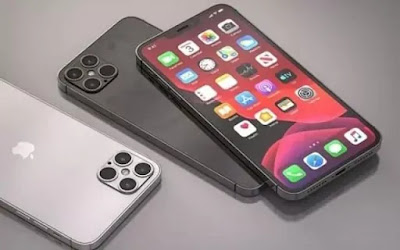 Apple confirms that the new iPhone 12 is officially late; to say it is the CFO of Apple Luca Maestri during the presentation of the financial results of the company, relating to the third fiscal quarter of 2020. The man expects Apple to present the new series of iPhone 12 at the end of September, but this’ year the supply of melatonin will be ” available a few weeks later “

iPhone 12 on sale from October

Even Qualcomm, yesterday, hinted that the launch of the iPhone 12 range could be “slightly delayed” in the fourth quarter of the year.

Recall that this year we may face four new iPhone 12 models presented. The first will present an unprecedented 5.4 “screen with dimensions very close to those of the iPhone SE 2020 but without frames. The panel will be OLED and will have a 120 Hz refresh rate. Behind the body, only two cameras, while previously we will see the selfie cam present in the new notch having – finally – reduced dimensions. Next to the 5.4 “version, there will be the Max variant, identical in all respects but with a screen size of 6.1”.

The models in the Pro range, on the other hand, will have two dimensions relating to the display: 6.1 “and 6.7”. Here too, the panels will be OLED, extremely resolute, and will enjoy a 120 Hz refresh rate. On the back, we will find three photographic sensors (wide, ultra-wide, and tele) together with the LED flash and the brand new LiDAR scanner, already seen in the Pro models of iPad 2020.

Finally, a change of design is expected, much more squared, and similar to what we have noticed on the iPad. According to some, the aesthetic will recall that of the iPhone 4 or iPhone 5. We will see.