Skip to content
Xiaomi Mi Band 4 will be encountered after Xiaomi Mi Band 5  sharing a clearer picture from a poster design for the company came.  Xiaomi Mi Band 5 remains on the agenda. Mi Band 5, which is on the road with SpO2 measurement support and pulse sensor, is officially introduced on June 11 with a 1.2-inch color screen. The product, which was finalized on the road with the support of NFC globally, clarifies the general design line with the poster below. 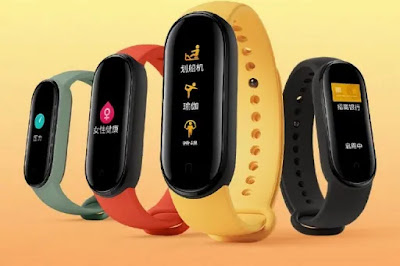 The model, which appears in this poster with the silicone strap in four different colors, is not much different from the Mi Band 4 in terms of design. Smart wristband with the full front of the screen, if we look back at the old information does not allow phone calls and offers customizations in the do not disturb feature. Mi Band 5, which is said to have a feature focused on stress and breathing management, seems to have a price of around $ 40. Some sources even mention a price of $ 30.


Xiaomi Mi Band 5 does not come alone Yes, as we have already mentioned, a special version for the model is also on the agenda. For those who do not know this version, it is announced that it will make its difference with the support of digital assistant Amazon Alexa. This special version, which is said to include a microphone and a speaker, seems to be more expensive than normal due to this hardware. We expect the attention-grabbing smart bracelet to be detailed very soon.