Skip to content
LG Velvet, after its introduction with 5G support in the past weeks, can now come up with the 4G version. The details and design of the LG Velvet 4G, which is expected to come as a more affordable option, have emerged. 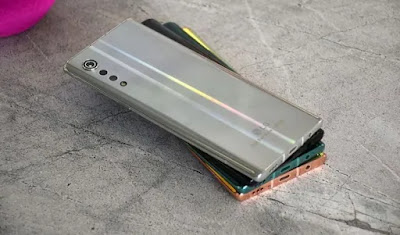 LG introduced its 5G-powered mid-range smartphone, Velvet, in South Korea last month. Finally, the technology giant, which announced Style 3 as a moderately affordable option, seems to be the next step of Velvet’s 4G supported version.

The 4G version of LG Velvet, powered by Snapdragon 845, appeared with the model number LM-G910. In addition, leaked photos of the LG Velvet 4G show that the phone will come with a drop-notched and curved screen just like the 5G version. 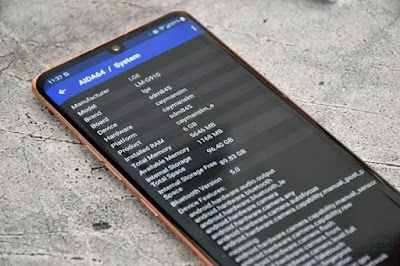 The phone numbered LM-G910, which is claimed to be owned by LG Velvet 4G, will offer basic hardware features such as Snapdragon 845 chipset, 6 GB RAM, and 128 GB storage. It can be said that the 4G version of LG Velvet will come with a more powerful but older generation processor.

The rear cameras of the LG Velvet 5G were equipped with the main camera offering 48 MP resolution, an 8 MP wide-angle camera, and a 5 MP resolution depth sensor. LG will use the same camera array on the new device. In addition, the new phone will have the same color range as the 5G version. 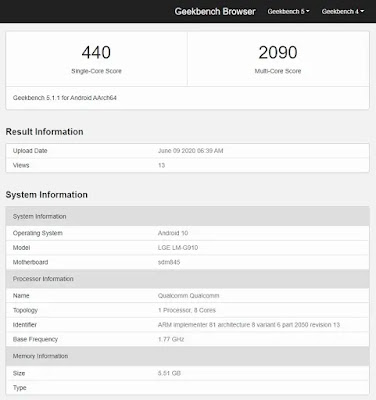 The phone running Android 10 operating system is said to have Cinema FullVision FHD + OLED screen with an aspect ratio of 6.8 inches 20.5: 9 and a 16 MP selfie camera in the drop notch on the screen. The device will also feature an in-screen fingerprint scanner, stereo speakers, and a 4,300mAh battery that offers fast charging support.

It is reported that LG VELVET 4G will be 20% cheaper than the 5G version and will be released in various markets soon. In the coming days, we can learn the plans for LG Velvet’s new model from official sources.