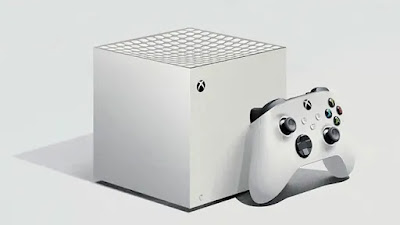 It is reported that this console will be weaker than Series X, but it will offer higher performance than Xbox One X. The biggest difference of the model is that if it is correct, it will only take its place on the shelves at $ 200. According to the newly leaked Microsoft documents, Series S  model game developers have 7.5 GB of RAM and gives a 4 teraflop GPU.

Unlike the Series X, this model focuses on 1080P and 1440P gaming, not 4K. It is also said that Microsoft has developed a special game test mode called Dante for the second Xbox of this new generation, which has long been called Lockhart in the company. With this mode, it is stated that companies can test their games for Xbox Series S  performance. It is said that this console can also be sold on a long-term monthly subscription.


Looking back at the Xbox Series X technical details

The console is built on a custom 8 nm AMD Zen 2 processor with eight cores each running at 3.8 GHz and a total of 12 teraflops AMD RNDA 2 GPU, or graphics. The console, which uses 16 GB of GDDR6 memory (13.5 GB for companies), has a special NVME SSD storage in 1TB size that offers very high speed.

The console, which has a 4K UHD Blu-ray optical drive and can be increased with a 1 TB external card with internal storage attached to the back, also has Ray Tracing support that offers incredible light games and is on the road with serious features in terms of sound.