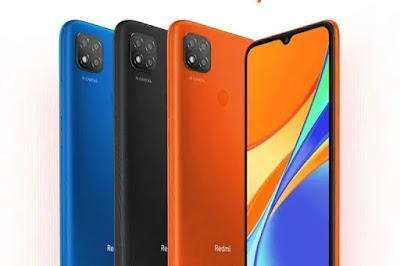 Redmi 9C has just been officially launched by the brand born from a Xiaomi rib: the new smartphone of the family has very interesting features and a price that does not leave indifferent for those looking for a device of this type.

Redmi 9C: all the specs

Redmi introduced Redmi 9 earlier this month. Today the company has added two more members to the lineup: Redmi 9A and Redmi 9C. And it is precisely on the latter that we want to emphasize, given that it is an entry-level smartphone with an important energy autonomy – 5000 mAh – that immediately elect it as a battery phone.

Presented in Malaysia, the Redmi 9C could be made available in the rest of the regions very soon, so it is good to take a close look at its technical specifications.

Let’s start by saying that the Redmi 9C is powered by the SoC Helio G35, associated with 2 GB of RAM and 32 GB of integrated memory (which has the possibility of further expansion up to 512 GB with the help of an external SD card ), also has a 6.53 ″ HD + Dot Drop display with 20: 9 aspect ratio and a resolution of 1,600 x 720 pixels, which houses a 5 MP selfie camera.

On the back of the terminal, we find a triple camera configuration, which includes a 13 MP main cam, an ultra-wide 5 MP lens, and a 2 MP depth sensor. To make the smartphone even more interesting (especially given the price, which we will reveal later), we also find the physical fingerprint scanner mounted on the back.