Skip to content
According to a well-known Chinese leaker, it seems that the Huawei Mate 40 will not have the front camera placed under the display. 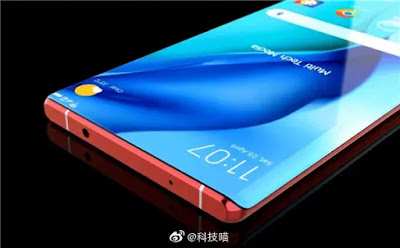 Despite the latest speculations about it, it seems that Huawei Mate 40 will not have the camera under the display. This indiscretion comes directly from Changan Digital Jun, a well-known Chinese tipster.

The leaker provided the information via Weibo, as he claims to have come into contact with the latest version of the Huawei Mate 40 prototype, which will not enjoy the innovative (and highly talked) selfie cam placed under the screen.

Since Visionix announced its availability in mass-producing its photo chipset solution under the display, we have seen an inexhaustible succession of various rumors that foresee the arrival of the new technology on future Chinese flagships. Now the unofficial denial.

In fact, such a feature, together with a certain level of marketing, would be an incredible strength for the Chinese giant, but for the moment this feature does not seem to be part of the company’s plans.

Various sources have claimed that the aforementioned technology is not yet ready for use, despite Visionix’s claim. On the other hand, companies like OPPO and Xiaomi have stated for sure that the world is still far from seeing a working and bug-free specimen ready for commercial use, despite a first prototype seen last year.

Not surprisingly, the first Xiaomi Mi Mix could (on paper) be the first device to enjoy the under-display camera. In a nutshell: will we see such a device in 2020? Hope is there, the cards on the table too; what is missing is the concreteness of a truly functional product.

As for the Mate 40, we know almost nothing about the final design of the device; it will certainly be powered by a 5-nanometer chipset (the Kirin 1000 or Kirin 1020 ), without Google services but with the innovative freeform lenses (free form). We just have to wait for more info about it, hoping that they will arrive in the coming weeks.