Skip to content
The first images of how the user interface of the mysterious dongle with Google’s Android TV could appear: the details.

Google is preparing to launch a new multimedia device designed for mirroring and streaming content from devices; it is assumed that the heir of the Chromecast Ultra provides special remote control and the Android TV software inside. The dongle could be launched under the Nest brand and aesthetically similar to the current product on the list.

Now see some images down below of the user interface and also the design of the remote control that should accompany the mysterious dongle with the code name “Sabrina”.

For now, there is no confirmation from Google about the existence of this device, not even an official teaser. However, judging from the leaked images it almost seems that these leaks have been made “available” to those who wanted to spread them: they are many, of good quality and allow you to watch several aspects of the dongle with Android TV very closely, including the interface user. 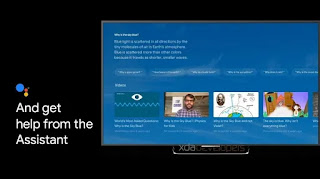 There are still many doubts about the name of the device, which for now would have the code of ” Sabrina “: it could be called  Google Nest or Google TV, considering that the Big G smarthome now reports “Nest” practically everywhere. 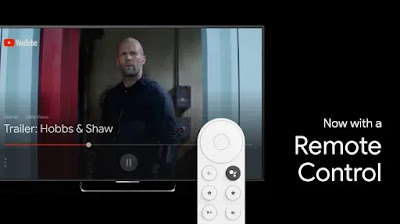 Very interesting is the image of the remote control, which clearly shows the compatibility with Google Assistant. A bit like the Amazon Fire TV Stick with remote control, often on offer on Amazon for less than € 30. We tend to think, however, that the price of the Google accessory will be well above this figure: if you want to be optimistic, it should cost at least double.