Skip to content
There is a significant leak about the new generation game console PlayStation 5,  which is making a big noise. This time, accessories prices have leaked.  As you know, PlayStation 5  has two different versions, with and without disks. In a recent leak, it was said that the digital version of PS5 can be 399 euros and the version with a physical disk can be installed as 499 euros. It was later reported that the difference between the two versions would not be so great.
Now there is a leak that may be true from a new source.

The leaked price for the PS5 controller is $ 30, while the console vertical stand will be sold for $ 25. It should be noted that these prices are not yet 100 percent accurate. Meanwhile, it is among the rumors that the PlayStation 5 console will go on sale in the center of Japan on November 14. 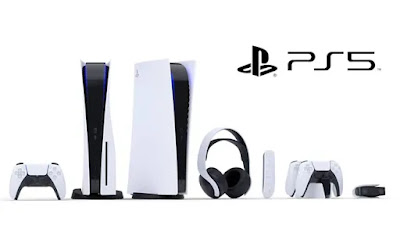 The main technical details of PlayStation 5 are as follows

To recall again, the next-generation console is powered by an eight-core processor built on AMD’s 3rd generation Zen architecture. Using the AMD-signed Radeon Navi family on the graphics side, the PS5 standardizes 4K gameplay and can climb up to 8K. Ray tracing support, which will advance the era of light effects, is among the remarkable details. All PS5 addition to 825 GB worth of private NV on the SSD unit complete 5,500 MB / second serve in speeds.