Skip to content
Samsung turned to the displays produced by BOE to cut costs in the next-generation flagship Galaxy S21 series. However, according to the information, the quality of BOE’s OLED panels could not affect Samsung.

It was said that Samsung’s Galaxy S21 series phones will use OLED screens produced by the Chinese technology company BOE, instead of the displays produced by Samsung Display. But apparently, Samsung’s move to cut costs did not end up as expected. 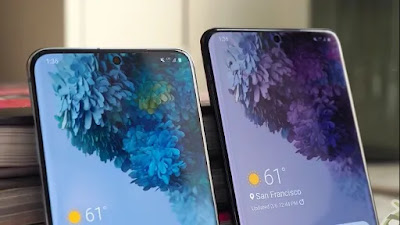 Ross Young, CEO of DSCC, who is a display supply chain consultant, says BOE and display manufacturer China Star’s panels can not affect Samsung. This means that Samsung may have to reject other alternatives to its own Samsung Display.

Samsung Display is currently considered the largest OLED display maker. The screens produced by the company are used on the phones of giants such as Apple and OnePlus as well as Samsung. So even if BOE  offers cheaper prices, Samsung will not want to lag behind its competitors by sacrificing quality. It should be noted, however, that BOE is an important manufacturer working with brands such as Huawei and Oppo.

Samsung’s partial orientation towards the BOE on the Galaxy S21 shows that it aims to reduce production costs on the new generation phones. Samsung, on the other hand, forces Samsung Display to lower panel prices.