Skip to content
The ASUS ROG Phone 3 is expected to hit the market in a few weeks: here’s what ASUS has revealed to us about its upcoming next-generation game phone. 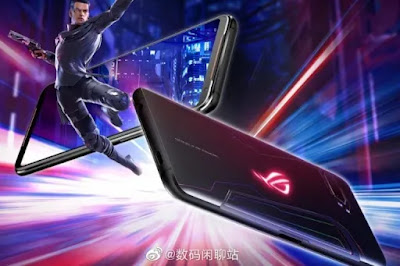 The new ASUS ROG Phone 3 seems to be ready for arrival on the market: a few hours ago the company announced on Weibo that the game phone will become official next month.

The Asus ROG Phone series of smartphones has established itself as the best game phone around, thanks to top-of-the-range specifications, high update frequency, powerful batteries, and extra accessories. In recent months we have been looking forward to the arrival of the latest jewel in the range, the ASUS ROG Phone 3, but it seems that the landing on the flagship market is closer than ever.

In fact, in the poster below, shared by Asus on the Chinese social network Weibo, it is revealed that the game phone will be presented in July, even if a precise date is not indicated. However, it is worth mentioning that the previous ASUS ROG Phone 2 smartphone was made official on July 22, 2019, so the company could also choose that date for its latest creation. 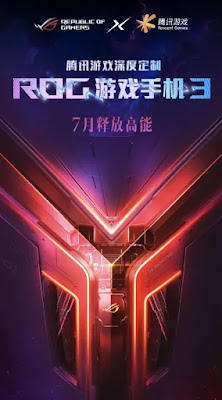 The terminal will be the direct competitor of the Lenovo Legion, which will also debut next month. Lenovo’s new gaming phone seems to be on the Chinese market in two different variants, a standard and a “Pro”: in addition to the expected technical specifications, there is a lot of curiosity about the features that will make it more similar to a game console that to phone.

Returning to the Rog Phone 3, from the latest rumors it seems that it will be equipped with a FullHD + screen with 6.59-inch AMOLED technology and a 144 Hz refresh rate . In the internal meanders, we should find Qualcomm’s Snapdragon 865 chipset, combined with 16 GB of RAM and 512 GB of internal storage. For the photographic module, there is talk of three rear sensors, whose main one would enjoy a 64 MP resolution; interesting the energy autonomy, from 5800 mAh, which should – at least on paper – ensure hours and hours of play.