Skip to content
According to a Digitimes report, it seems that the A14 Bionic chipsets of the new iPhone 12 will be produced from the end of the month.

By the end of the current month, TSMC will start production of Apple’s new A14 Bionic chipset, as expected according to the initial roadmap. The new SoC will probably mark the entry into the era of consumer 5G with the imminent series of smartphones belonging to the iPhone 12 range.

Apple A14: TSMC ready to make the chipset

For the uninitiated, TSMC is the largest chipmaker (manufacturer of chipsets, CPUs, etc.) in the world, supplier of numerous companies worldwide; Among the various customers of the company was also Huawei, before the recent ban proposed by Donald Trump forbade its marketing.

Reports from Digitimes say production should start in the last week of June, or at the very beginning of July at the latest. Although the presence of the 5G modem on the new iPhones is now certain, Apple has not expressed itself in this regard. What is certain, however, is the arrival of the new CPUs that use a 5-nanometer production process. 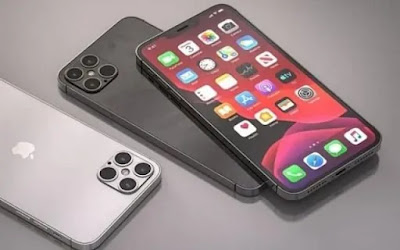 The new Bionic A14 SoC will have 15 billion transistors, double the current 8.5 on the current A13; in addition, thanks to the presence of the new Snapdragon X60 5G modem, the new iPhones could have ultra-speed, thus aligning themselves with competitors of the Android counterpart. According to a previous indiscretion, Apple could use the same modem both on the standard range and on the “Pro”; this would imply that all new iDevices would have support for sub-6 GHz and mmWave 5G networks.

Corridor rumors about new processor and modem modules have been around for several months; so far, a delay in the marketing of new products is also hypothesized due to the slowdowns in production plants all over the world due to the current pandemic scenario underway.

To date, TSMC and Samsung are the only two companies capable of producing 5-nanometer chips; but since they use U.S. equipment to do so, they will have to obey all bans, prohibitions, and rules imposed by the US government, such as the veto of trade with the Huawei holding company. Furthermore, it appears that TSMC wants to establish a new factory in Arizona; while the Chinese giant is looking for new chipset suppliers, Apple could benefit from the exclusivity in the construction of the new CPUs with the Taiwanese chipmaker.