Skip to content
The new feature coming with watchOS 7 can be really useful for all people who are always on the move or in contact with people. 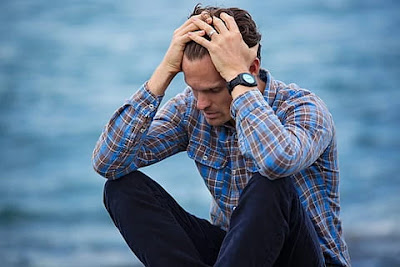 Some rumors of the last few hours seem to leak out that the next Apple Watch could have a panic attack detection system. The upgrade from Series 4 to 5 was a bit disappointing for the few new features introduced. Precisely for this reason, it seems that the next watchOS 7  will bring new specifications increasingly marked by health.

In fact, according to YouTuber Jon Prosser, the panic attack detection feature of users takes into account the level of oxygen in the blood and monitors the heart rate. These two characteristics are very important as hyperventilation or a tachycardia principle can often be the first alarm bells for a panic or stress attack.

How does this notification work on Apple Watch?

This upcoming new feature could be really useful to prevent these problems even in difficult situations. The Apple Watch notifies the user when two of the aforementioned symptoms occur and recommends some breathing exercises to avoid greater damage. Let’s think for example of a driver who realizes thanks to the notification of the device that he probably has a panic attack principle. Once the warning has been received, the driver of the vehicle can stop and carry out the various recommendations suggested by the watch.

This interesting feature could already be presented with the new watchOS 7 during WWDC scheduled for June. It is not yet certain whether this function will be introduced only at the software level through an update or if it will be available in the next Apple Watch Series 6.

Again according to Prosser, it seems that the long-awaited feature is exclusive of the new Apple wearable series which should be released by the end of 2020. The leaker also has not excluded that the same Apple Watch Series can also be presented together with the new watchOS 6. We will see.

Also, Read: Realme Narzo 10 and Narzo 10A are introduced; here are the prices and features