Skip to content
ARM has unveiled the new Cortex A78 and Super Cortex X1, which we will likely see aboard Qualcomm’s new premium processor, the SD 875. 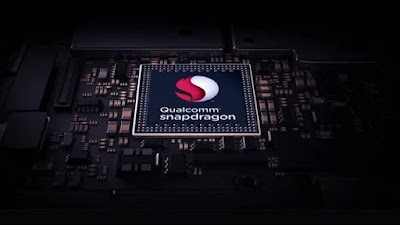 With the presentation of ARM’s new Cortex A78 and Cortex X1, it emerged that they will be used by the SoC of Qualcomm’s new generation, the Snapdragon 875. According to new reports, the processor of the American company will present a combination of the two cores, together with the third module of components, thus boasting a ” triple Cluster ” architecture, as happened for the current premium SoC, the Snapdragon 865 and for the SD 855 of 2019.


Snapdragon 875: within its essence

Starting from the SD 855 CPU, Qualcomm has introduced the triple cluster architecture, which is 1 super core + 3 large cores and 4 cores for energy saving. An example? The SD 865 that we can see on different devices, as well as on the American version of the Galaxy S20, is composed of 1 highly efficient Cortex A77, 3 Cortex A77, and 4 Cortex A55.

The difference with the new generation will lie precisely in the introduction of the Super Cortex X1, which will offer a 23% improvement in the overall performance of the device. The other two modules instead, will provide for the adoption of the Cortex A78. It is reasonable to think that the American company wants to replicate the triple cluster architecture in the future, creating a new record in the standard of chip performance on Android products.


The new SD 875 processor will be officially presented in the fourth quarter of the current year, to then be seen onboard the smartphones with the first top range that will be presented from February 2021.

However, we do not know if, due to the absence of the Plus variant of this year’s chipset, Qualcomm accelerates the development and release of the new SoC.

What will be the first company to use it on a device? To date Xiaomi, although there are rumors that it wants to be the first manufacturer to bring a phone with the new CPU on board, to date it seems to be interested in MediaTek products, even if the current Dimensity cannot minimally compete with the products of the American rival.