Skip to content
The name of a new POCO smartphone emerges online on the Xiaomi India website; we are talking about a midrange with SoC Snapdragon 720 and Adreno 618 GPU.

The new POCO M2 Pro has recently appeared on the Xiaomi India website in the list of devices of the Chinese brand; cunning marketing move or oversight by an inattentive worker? It is the first time that such a name appears and could indicate a new range of brand devices born from a Xiaomi rib.

However, we don’t know much information about the new device; on the one hand, we simply know the model number, which should be M2001J2, according to what has been identified in the TUV Rheinland certification database. The page also contains the SAR value that the POCO smartphone will have (1.6 W / kg). 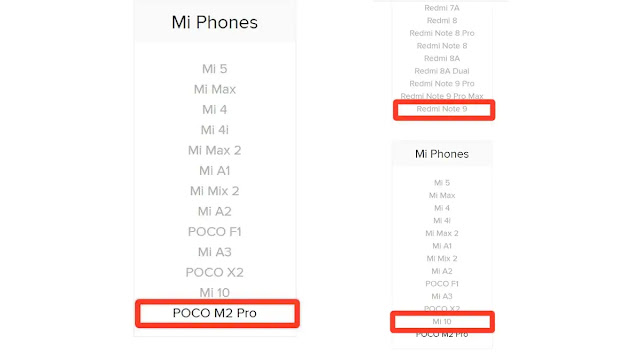 The list from which the data emerged, or the Xiaomi Indian portal, also shows the presence of the Xiaomi Mi 10 which will arrive in India on May 8th. There is, therefore, a reason to think that the device is really close to commercialization on a global scale (or at least local at first).

The attention of the Chinese house, as well as of the fans, is concentrated on the future release flagship, the POCO F2 Pro, smartphone rebranded of the recent K30 Pro by Redmi. In addition to the top-of-the-range features, a decidedly low price is assumed, just as happened for the first model of the house in 2018.

However, new details on the device datasheet come from Xiaomishka, one of the major leakers of Xiaomi products. According to a tweet just published, we know that the new POCO M2 Pro will be equipped with the Snapdragon 720G processor, an SoC that we have already had the opportunity to observe inside the Redmi Note 9 Pro and Pro Max, as well as on the Redmi Note 9S and on the Realme 6 Pro.

#POCO #POCOIndia #POCOM2Pro
Guys, you asked me about the processor?

The Qualcomm chipset should boast an OCTA-core Kyro 465 CPU solution at 2.3 GHz each, at 8 nanometers; the GPU instead, should be the Adreno 618.