Skip to content
According to what emerges online, it seems that OnePlus is developing a model of true wireless headphones to be presented in July. 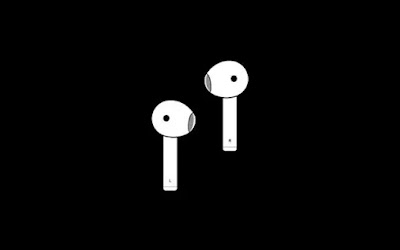 From what emerges online, it seems that OnePlus is developing its own model of true wireless headphones without cables, unlike the Bullets Wireless, the smart headphones of the Chinese company.

OnePlus: real or fantasy rendering of a fan?

In fact, the solutions presented so far by the company have headsets connected by a wire that surrounded the neck; they are called “wireless” as they do not need to be physically inserted into the device. Although there may be indisputable advantages in this design, it must be considered that the type of product is not in great demand by most users, who seem to want only “true wireless” headphones. In addition, thanks to the charging case, the new models can guarantee several hours of use, unlike the Bullets that need to be recharged by a power supply or power bank.

According to Max J on Twitter, it appears that OnePlus will announce its first true wireless model in July; the user also shared a 2D render of the earphones, which, according to him, is based on the real product design. As with Mi AirDots 2 and 2 Lite, or Huawei’s FreeBuds 3, the Chinese giant’s article would look a lot like the classic AirPods. Inside the profile of the designer, you can also see an image that depicts the charging case of the headphones. To date, we do not know if these speculations are based on certain sources or are only hypotheses of a product that the designer – as well as the great majority of fans of the brand – would like to see. We invite you to take the news with the necessary distances or, as they say in America, “with a pinch of salt” (ed.)

All crazy about true wireless headphones

In recent years the category of truly wireless headsets is among the most popular by users and each mobile phone manufacturer has created its own model (or even more than one); think of Apple, which kicked off with the first AirPods model, Samsung with the Galaxy Buds, Xiaomi with the Mi AirDots; but still, Redmi, Anker, Huawei, Honor, and many other companies.

At the same time as the presentations of the headphones on the market, the famous “3.5 mm jacks” on mobile devices increasingly disappeared. In 2016, when Apple introduced the iPhone 7, there was a real media scandal. Everyone seemed to shout to “madness” for the removal of the accessory so indispensable – until then – on smartphones.


However, something suggests that, even in that case, the Colossus of Cupertino was the precursor of the times. Beyond personal preferences and the quality of the products, Apple’s role in many market sectors is undeniable: ultrabooks, MP3 players, tablets, and truly wireless headphones.