Skip to content
iPod Touch 3 should have had a camera on board, positioned on the rear: here is the original prototype, never launched on the market. 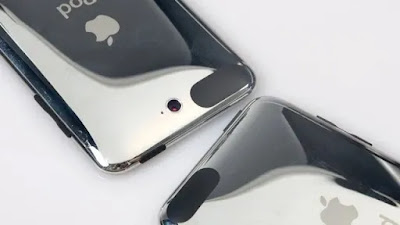 iPod Touch 3 was launched in 2009, a time when these devices were decidedly popular: in fact, they offered much than what the iPhone allowed, but they cost much less. According to a collector, that particular model should have had a camera on board , but something has changed Apple’s plans. In fact, however, there is a prototype in the hands of a collector, who showed it to the world through a Twitter post.

We don’t know what prompted Apple not to launch an iPod Touch with a camera on board at the time. In fact, the prototype included one on the rear, in the center of the back panel, on the upper part.

To show the world the prototype is Giulio Zompetti, who on twitter defines the device “the best unit of my collection” and it is to be believed, considering how rare that third-generation iPod Touch prototype is.

If a device of this type had been launched at the time, it certainly would have had a huge success, a resonance greater than that already – at the time – the famous iPod Touch did not have until a few years ago.


To date, although they still exist and cost relatively little, with the exponential spread of the iPhone their popularity and demand have declined significantly.