Skip to content
According to what emerges online, it seems that Samsung is making a new chipset designed for the mid-range market, the Exynos 880. 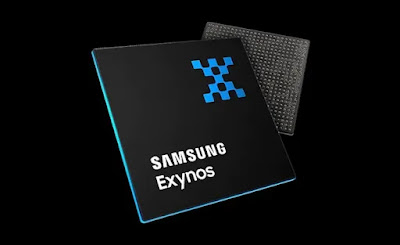 After announcing the Exynos 980 processor designed for the mid-range, it seems that Samsung is about to launch another SoC for midrange devices; from the benchmarks that have just appeared on the net we know that the South Korean giant is developing a chipset intended – for the moment – only for a smartphone from the Chinese company Vivo.

The new Exynos 880 CPU was spotted inside the new Vivo V750s 5G , through a database of Geekbench results. The SoC boasts two ARM Cortex A.77 cores clocked at 2 GHz, six ARM-A55 cores clocked at 1.8 GHz, combined with an ARM Mali-G76 GU.

From the name of the device (which can be found on Weibo, the Chinese microblogging portal), it is clear that the processor will also be equipped with a modem for ultra-speed 5G connectivity. Analyzing the data that emerged from the benchmarks, however, we can note that Exynos 880 will have performance similar to that of the Exynos 980, but with a slower clock speed for the Cortex-A77 CPU cores. We can probably expect a twin SoC underclock in order to reduce production costs and make it more “affordable” and cheap. 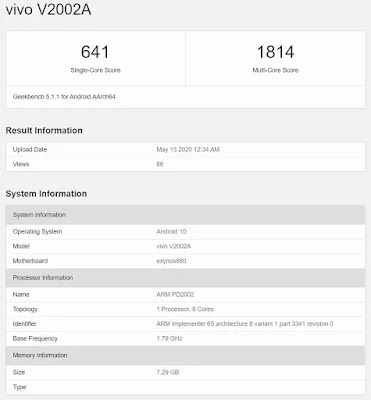 From the comparison between the two chipsets, we note that the Exynos 880 SoC scored 641 points and 1814 points respectively in the CPU tests in single-core and multi-core mode. In comparison, however, Exynos 980 scored 679 points and 1879 in the two tests mentioned above. The scores emerged, however, seem to mark an incredible resemblance with obtained by the rival SoC, the Snapdragon 765G.

It is reasonable to expect that Samsung decides to exploit the Exynos 880 also for smartphones from its future release catalog. Considering that the Galaxy A21s (SM-A217F) with the Exynos 850 inside has also recently appeared online, it is likely that Samsung is to officially announce simultaneously the two new components for mobile devices.