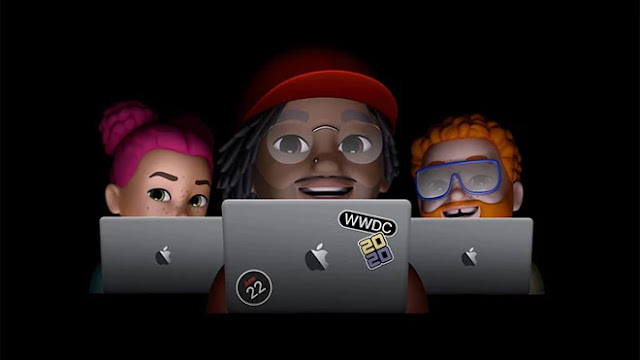 Technology giant Apple recently announced the history of WWDC 2020, where it will introduce iOS 14  and other new software and some possible new hardware. An important decision was taken in the past months for the WWDC developers conference that Apple organizes annually.

The company announced in an official statement that they will organize the event on the internet this year due to the risk of coronavirus. Here, the date was given recently for this key event. Accordingly, we will meet with Apple’s innovations on the software side on June 22.

As we said, the event, which will be followed on the internet, will bring thousands of application developers from different parts of the world online, not physically. In this event, iOS 14, iPad 14, macOS 10.16, tvOS 14, and watchOS 7New operating systems such as are expected to be introduced. There is also the possibility of introducing new hardware and services under WWDC 2020. You know the way the company’s possible many new hardware features.

iOS 14 was on the agenda with the news that it would allow the most recent people to use an application without downloading it completely. However, here we are not talking about a trial version or a trial in the App Store. This “Clips” feature, which is said to work based on QR code, as far as it is said, when you scan the QR code, some features can be used interactively instead of a normal website.

It will bring. Apart from Clips, whose application seems to serve in the connections/contents of the services that are not installed in the system, the new version also comes with a new exercise application. In this new application called Seymour, it is stated that special exercise videos will be downloaded and a stable exercise/activity can be followed by following the movements on Apple Watch.

Support for defining optical characters in Apple Pencil for iPad 14 is among those on the road. In this way, it is said that it can save handwritten editable. Meanwhile, with the new version,  Apple will allow people to “literally” replace the built-in apps on the iPhone and iPad.

If you liked the article don’t forget to share it with your friends. Follow us also on Google News, select us from your favorites by clicking on the star.