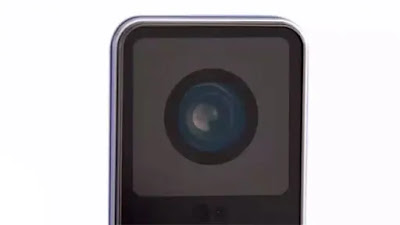 Vivo, which was last seen with the Apex 2020 concept, is on the agenda this time with a new smartphone that is especially curious about the camera.  As you remember, Vivo Apex 2020 model was carrying two cameras behind it, and there was a 48-megapixel main camera called “Gimbal”.

As far as this camera is transferred, it moves mechanically with the entire module, thus offering image stabilization (OIS) that has never been seen on a phone before. Therefore, for this camera that comes with the name “Gimbal”, which is the name given to the camera fixing apparatus, a 200 percent performance increase compared to today’s OIS systems is mentioned. This camera system is June 1 will come true on.

Because according to the sharing below, the company has a human eye gimbal camera system. a smartphone is coming. As you can see in the video below, the seriously moving camera module seems to bring very, very good image stabilization. Other details of this model are not yet known. However, Vivo X50 and X50 Pro from the company are on the way and this camera is thought to be the most important feature of Pro.

Vivo, Apex 2020 also made a sound with the model putting the 16-megapixel front camera directly under the screen. The company reports that serious work has been done for this.

As far as it is said, the light transmittance on the screen part of the camera is normally six times higher, and there is no loss of image quality with special algorithms. The phone, which does not contain any ports or physical buttons such as Apex 2019, offers 60W wireless charging instead.