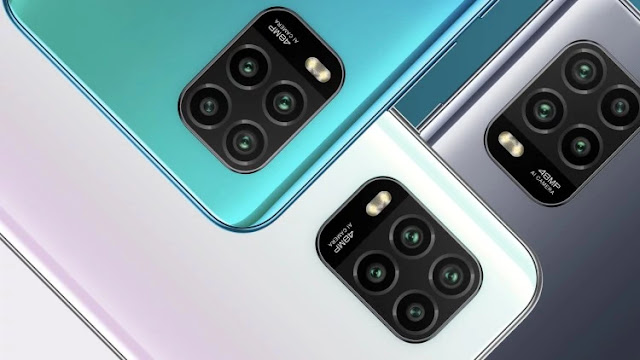 As usual, when anticipating new launches of the brand, the company has just released a poster that shows the back of its next smartphone, the Xiaomi Mi 10 Lite 5G, which should hit the online stores soon.

As you can see in the image released by the company, its back has side edges with rounded glass that gives a softer hand feel when holding the device, but this time so that the curve is a little more evident compared to the Mi 10 that was recently released.

In addition to the image of the back of the smartphone, we also know the vast majority of its specifications that are largely identical to the normal model that has already been released. Below I leave the technical specifications of it.


The price at launch is 345 Euros, something that was confirmed at the official launch presentation of the brand’s 10 series, but only now is the 5G version starting to show up with greater intensity. 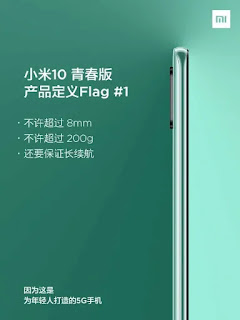 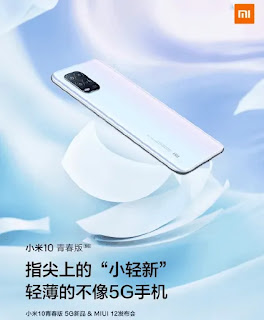 As you can see above, the two images released by the brand have some information about the device, such as its weight of less than 200 grams and its thickness of only 8mm.

In addition, we will also have a zoom of up to 50x with the famous “Periscope Lens” that was first seen on the Huawei P30 Pro and that many other companies ended up adopting the technology in their product line. Unfortunately, this lens will not be available on the European version of the phone, and the reason was not disclosed by Xiaomi.

There is still no official confirmation on what will be the prices and all the variants that will be available at launch, however, according to information from the Pricebaba website, there will be 4 variants of it, starting at 349 Euros in the European version. Here is the list of variants that are expected:


Would you be interested in buying the Mi 10 Lite 5G or would you prefer another model from the company? Comment below which would be your Xiaomi of choice.