While rumors indicate that Xiaomi is preparing a new edition of the Mi 6, enthusiastic users continue to update the iconic device with customized ROMs. This time, Chinese developers sought to test the capability of the Snapdragon 820.

For this, they decided to install a modified version of Windows 10 ARM x64. As a result, after a lot of work and adjustments, the Mi 6 was able to run the full version of Microsoft’s software.

When turning on the smartphone, the user will be faced with the Windows 10 startup screen, and the software takes a few minutes to load completely. See below a picture where the system asks the user to choose the standard keyboard: 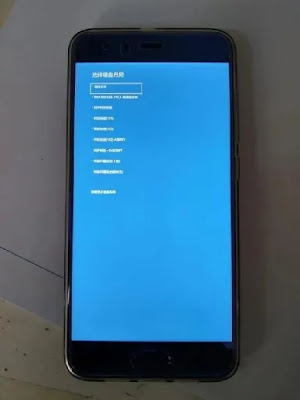 As much as the developers’ work may seem like a “joke”, Windows 10 ARM x64 is a full version of Microsoft software. That’s because the Redmond giant uses the system in “connected notebooks”.

Recently, Qualcomm itself even demonstrated the processing power of the Snapdragon 820 on a Windows 10 notebook. The result was surprising since the chipset was able to run games, play 4K videos and even open programs in the office suite.

Overall, the processor delivers performance similar to that of the Intel Core i3. For now, developers who have adapted Windows 10 for Mi 6 have yet to reveal the entire process behind the initiative. Anyway, they promise to publish a walkthrough soon.