The WhatsApp development team started testing a new version of the video app of the chat app, now with the possibility of hosting up to eight people simultaneously. Until now, video conferences in the app only allowed four people to meet at the same time.

The information comes from the WABetaInfo website, which got its hands on the Beta update for version 2.20.133 of the application. This increase in the limit was already speculated a few days ago, as some lines of code already referred to it in the beta version 2.2.128 of WhatsApp for Android.

At the moment, to add more than three other people to a call, you need to go to the “Calls” tab of the application. Then you need to press “New Call”, and choose the option “New Group Call”. In the next menu, you can choose up to seven people from your contacts to be called for a video or audio conversation. 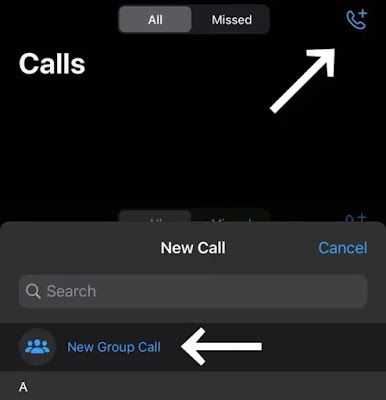 An important detail to note is that the feature will only work if all participants in the call are on version 2.20.133 of the application or later (in the future). If someone has an older update, it will not be possible to participate in video calls with more than 4 people.

In addition to this great addition, the WhatsApp developer team has made other small changes as well. The most prominent is the way the call button works within groups. Clicking the button will allow you to directly enter a call with four people if the group has four members or less.

If there are more than four people in that specific group, clicking on the “Call” button will open a list of group members. You will then be able to choose which people you want to add to the call. 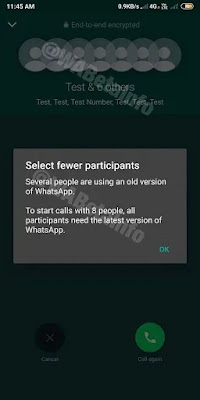