Samsung launched the Galaxy Tab tablet S6 in July 2019 in the international market and Now the South Korean company has announced the launch of a new model of this line, the Galaxy Tab S6 Lite.

According to official specifications, the new tablet has a 10.4-inch TFT screen with WUXGA + resolution (2000 x 1200), which comes equipped with a processor with eight cores and a frequency of up to 2.3GHz. The name of the processor is not mentioned by Samsung, but it is possible that it is the Exynos 9611.

The new tablet from Samsung comes with the Android 10 operating system pre-installed and already with the One UI 2.0 interface, has a dark mode for its interface and comes with the Samsung Knox security platform. It also allows you to answer calls and respond to text messages, as long as you are connected to a Samsung smartphone running Android 9 or higher and with at least 3GB of RAM. 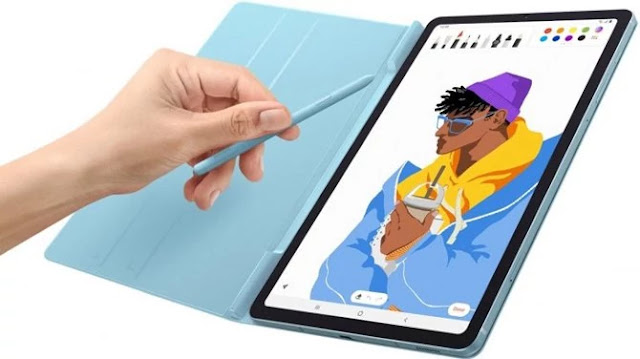 On the cameras, the Galaxy Tab S6 Lite features a 5MP front for selfies and an 8MP rear camera with autofocus. It supports recording videos with resolutions up to 1920 x 1080 and 30 fps. Other features offered by the tablet include an S Pen, support for Wi-Fi 5, Bluetooth 5.0, 4G LTE, GPS / Glonass / Beidou / Galileo, 3.5mm headphone jack, AKG speakers, sound support Dolby Atmos and Type-C USB port.

According to the listing on the Samsung Indonesia website, the Galaxy Tab S6 Lite has three color options – Oxford Gray, Chiffon Pink, and Angora Blue. The price of the tablet was not mentioned, but the website says it will come with a 4-month subscription to YouTube Premium.