The Qualcomm and BOE announced a partnership to bring digital ultrasonic 3D Sonic print sensors for more types and categories of displays. BOE is currently one of the largest manufacturers of OLED panels and its customer base includes companies such as Huawei, Xiaomi, and Oppo.

Although more and more smartphones are switching to fingerprint sensors on the display, most of them use the optical solution that works by capturing a 2D image of the fingerprint. Qualcomm’s 3D ultrasonic sensor is considered faster and safer than the optical solution, but its high cost and performance have failed to impress smartphone manufacturers. Qualcomm’s 3D ultrasonic technology is already used in Samsung phones, such as the Galaxy S10 and Galaxy S20 handsets.

The integration of Qualcomm 3D Sonic sensors into BOE’s flexible OLED displays aims to offer a more streamlined solution, which can allow smartphone OEMs to create products using the industry’s thinnest and most secure digital printing solution. This collaboration will also result in a streamlined supply chain and reduced material and research and development expenses. 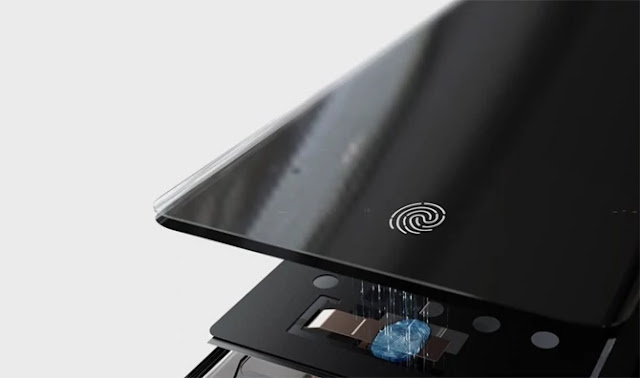 As for commercial availability, Qualcomm says we can expect smartphones with the Sonic 3D integrated fingerprint sensor to hit the market in the second half of 2020. In addition to phones, Qualcomm also plans to expand collaboration with BOE in other areas like 5G, XR and IoT.

Qualcomm introduced its ultrasonic fingerprint sensor technology in 2018, with the Samsung Galaxy S10 smartphone line being the first to adopt it. In late 2019 the company announced an updated version of the technology called 3D Sonic Max, which has a digital recognition area 17 times larger than the previous version.