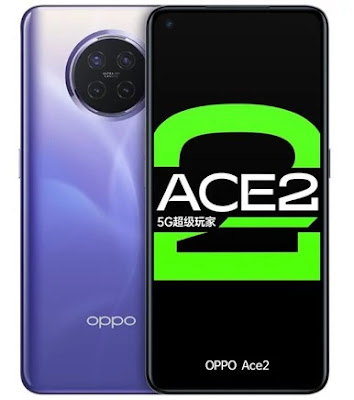 After much waiting and expectation around the official design of the next flagship smartphone from Oppo, the JD.com store uniquely reveals the complete shape of the new Ace2, highlighting the device’s two colors and also the back cover with camera set circular shape.

The listing on JD shows the Oppo Ace2 in the colors Moon Rock Ash (black) and Fantasy Purple (purple), this second variant with a rear cover with a shiny finish that changes according to the brightness of the environment, and also reinforces that the line dismembered from the Reno brand (the first model was launched as Oppo Reno Ace ), becoming now more independent. 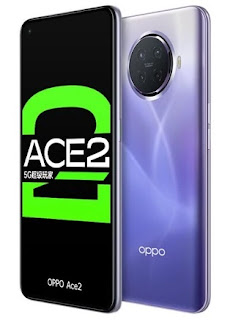 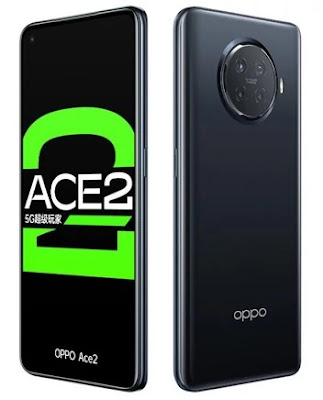 But not only that! The store also confirms the three memory variants of the Ace2: both the purple and black variants will be sold in options with 8 GB and 12 GB of RAM and 128 GB and 256 GB of internal storage.

The revelation of the official design of Ace2 contradicts previous rumors that showed a blue model photographed on a table or a bench. The model in question had a circular module, but did not have an LED flash in the rear region and had different details in the region of the ring around the cameras.

Ace2 is expected to arrive with a 6.5-inch screen with a 20: 9 aspect ratio panel and 2400x1080p Full HD + resolution, but there are no details on the presence of 90 Hz or 120 Hz refresh rates. flagship will arrive with Snapdragon 865 and likely support for 5G, in addition to a battery with 4,000 mAh and charging 65W via USB-C cable and 40W by wireless charging. The device will be announced early next week, April 13.