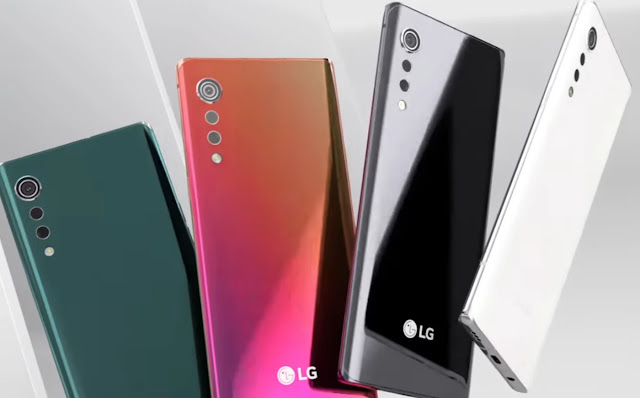 The LG will soon announce a new mid-range smartphone known as LG Velvet, the scheduled date is May 7. Before launch, a supposed promotional poster for the device was revealed, where we see most of the main technical specifications. 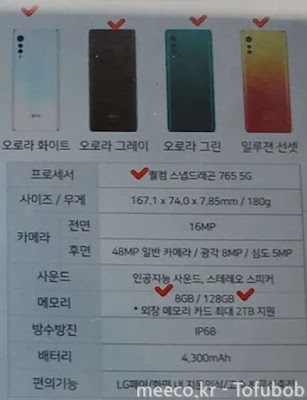 According to the released poster, the next LG Velvet will arrive with the general dimensions of 167.1 x 74.0 x 7.85 mm and weighing approximately 180 grams. On the front panel, the device will show a notch screen and considerable curves on both sides. The notch is the site of choice for a 16-megapixel selfie camera.

On the back, the LG Velvet has a triple camera configuration called a “raindrop” paired with an LED flash. The camera’s sensors will include a 48-megapixel Samsung ISOCELL Bright GM2 main camera, an 8-megapixel ultra-wide lens, and a 5-megapixel depth sensor.

Inside, the device will be driven by an eight-core Snapdragon 765 SoC, which will allow the device to support both 5G autonomous (SA) and non-autonomous (NSA) modes. This will be combined with 8 GB of RAM and 128 GB of storage, which is even expandable up to 2 TB through a microSD card.

In addition, the device will also arrive with a fingerprint sensor on the screen and has an IP68 rating for water and dust resistance. Regarding autonomy, there will be a respectable 4.300mAh battery with support for fast charging and wireless charging.

Recently, LG confirmed that the device will be available in a total of four different colors including Aurora White, Aurora Gray, Aurora Green, and Illusion Sunset.