The Huawei Nova line is about to gain new members next week with the arrival of the brand’s first smartphone with the recently announced high-performance Kirin 985 chipset categorized as a flagship that should be integrated with Huawei’s and Honor’s most powerful smartphones from now.

As a way of promoting the launch date of the company’s new smartphone, Huawei begins to publicize the Nova 7 line in advertisements in cities in China and on the internet, displaying almost complete details of the smartphone body and some hardware information. 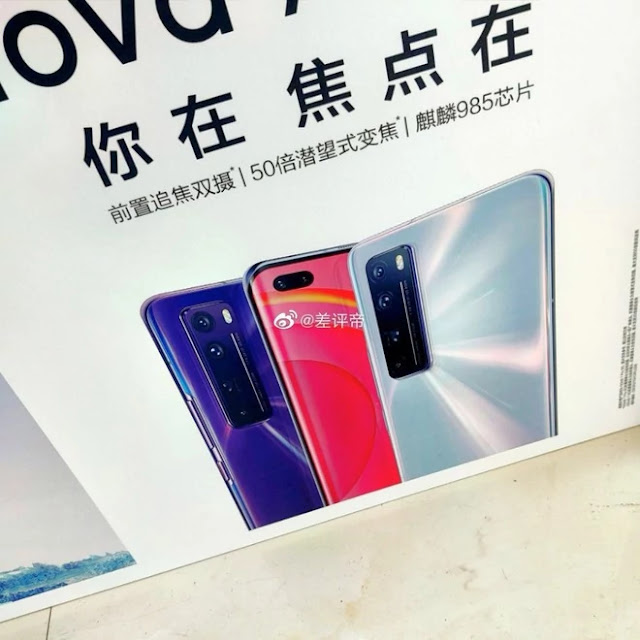 As you can see in the poster above, we see three models of the Huawei Nova 7 in the banner: two of them showing the rear covers in white/pearl color and one in purple, while the model positioned in the center shows the pill-shaped notch that will house two front cameras for a selfie.

The poster confirms that the Nova 7 will offer the Kirin 985 chip and also reveals four rear cameras with a rectangular lens. Joining this to what is said in the announcement, that the device will feature up to 50X zoom, then we can guarantee that Huawei will implement a lens in periscope format also in the Nova 7.

Huawei’s smartphone family is expected to be introduced with the Nova 7, Nova 7 SE and Nova 7 Pro, with all of them being unveiled on April 23, next Thursday.