Chinese state-owned HiSense held a major event to announce not just one or two smart TVs, but a large number of them that stand out for artificial intelligence and other differential features.

Divided into the L, U, X and A families, the televisions target different audiences and each brings a particular charm. The A7F, for example, is the company’s first model with Wi-Fi 6, which allows internet speeds up to 2.7x higher than those of Wi-Fi 5. This, in practice, means having more bandwidth available on the device to avoid screens charging in the middle of a series, for example, especially if watched in Ultra HD.

The A7F also features a built-in high-definition camera, a trend in Chinese products recently. It will be especially useful for those who hold meetings by videoconference, but it can also attend family moments for video calls, especially in times of pandemic. 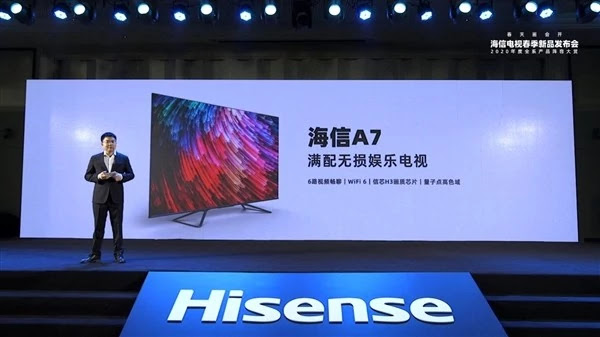 The X line, in turn, is focused on gamers and has some features of the A-line, such as the video camera. The product has artificial intelligence technology for optimization in certain services, such as Cloud Fitness and the brand’s curious streaming karaoke service.

However, the main differential of the product is Tencent START, a cloud gaming service promoted by Tencent and Nvidia, in China.

In terms of premium products, the U line stands out for using AI in order to promote clear images, without distortions in motion scenes, while its premium design prints the luxury product that this family tries to stamp. Screen sizes go up to 85 inches, with Ultra HD 8K resolution, which appears to be a trend for advanced 2020 products. 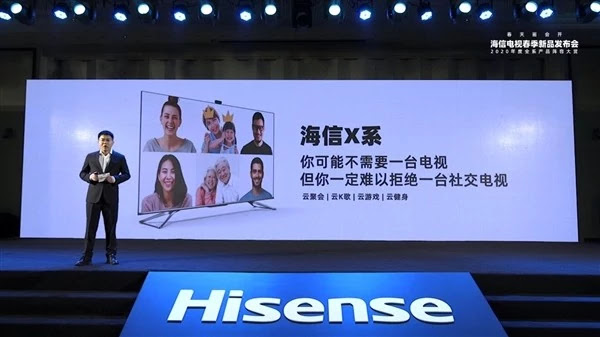 Another curious launch is HiSense Laser TV, which uses bionic-cellular sound technology. The technology is said to be equivalent to collecting 100,000-level sound units in the 88-inch screen space, allowing the TV to display a stereo sound field without speakers.

Did you like these smart TVs so curious? Unfortunately, not even the Chinese public can get their hands on one yet. HiSense instigated the public but did not reveal the price or availability of the model